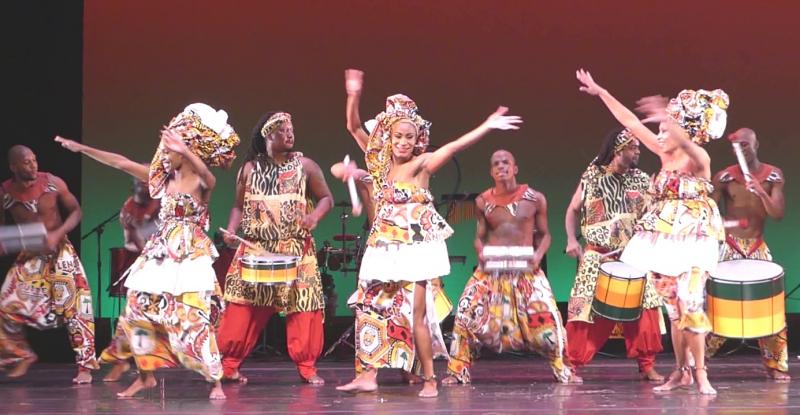 "Dance is the most universal art that we have. During the primitive era we danced for the sun, wind and rain. Dance was the first expression of the human race and it is the most universal language. We are able to communicate to anyone in the world with our body and dancing. We can express everything you need to say to anyone in the world."—Watson Botelho, founder and choreographer of Balé Folclórico de Bahia

Initially trained in ballet but later working as an anthropology professor in the Brazilian state of Bahia, Watson Botelho fell in head over heels for the sacred dances of Candomblé ("Dance to Honor the Gods"). Botelho first worked with the dance troupe Viva Bahia. After that group disbanded in 1988, he invested all of his savings into the Balé Folclórico de Bahia, a new endeavor. Growing in popularity over the years, the group has taken the world by storm. After making its European debut in 1992, Balé Folclórico de Bahia first toured the US in 1995 and has gone on to worldwide acclaim, having toured at hundreds of venues worldwide. Performances by the group incorporate traditional music, such as samba, along with capoeira and the trance rituals of Candomblé.

Candomblé a West African-based belief system bears similarities with Haitian vodou and Cuba and Puerto Rico's Santeria, while also incorporating Catholic and indigenous influences along with those of the Yoruba, Fan and Bantu. While it now has some two million believers, Candomblé practitioners were stigmatized and persecuted until the 1970s. As part of the rituals, women, and only women, enter a trance and are mounted by orishas.

This particular evening Balé Folclórico de Bahia was at Zellerbach Hall at the University of California at Berkeley, as part of Cal Performances, to present "Harança Sagrada ("Sacred Heritage"), a marvelous two-hour visual treat for the senses. The constant stream of superlatives, routinely applied to this troupe for years, do not begin to do justice to this magnificent group.

At Zellerbach, the hall darkened as 21 white-clad performers, took the stage. As an imposing male priest, his head topped with an ornate three-layer beaded and tasseled helmet, stood center stage, Oxala's Court, the first portion of the program, commenced.

The dancers then turned to face the red curtain, which drew up to reveal musicians standing in a row behind their percussion instruments at the rear of the stage. Among these were theee atabaques—tall, cylindrical drums which may only be played by candomblé initiates. Botelho maintains that "the atabaque are treated almost as gods." There was also a set of timbales, congas and other drums.

The troupe exited to the sound of thunder before one dancer then re-entered only to be adorned with white paint by female dancers. Crosses were drawn over his breasts, while white dots were applied elsewhere. Magical movements followed as the dancers moved to and fro on the stage. One dancer bent over to resemble a beast of burden and clothed in a wonderful costume made with long straw strands, sashayed around the stage.

More wonders followed. A female warrior, clad in tassels in shades of red and brown and waving a fly-whisk, danced amidst six women who donned wonderfully billowing white dresses with white trousers, to ensure modesty, underneath. The warrior then faced off to dance with a half-naked male warrior, adorned with shiny metal bracelets and a metal knife. A priest, bearing an impressive staff and shielded by an immense white parasol, entered. Dancers waved fly-whisks as they paraded alongside. Each dance movement has a meaning, especially the ones related to Candomblé; the story they tell and the movements they make are—with minor alterations—are identical with those danced in the Bahia temples. Only women are mounted by orishas.

Then bare chested men, donning large straw sombreros, danced with abandon as women, wearing smaller straw hats, crouched behind them. An spectacularly coutured dancer, representing Iemanjá, entered. (Iemanjá , Goddess of the Sea, is a deity traditionally worshipped on the Bahian coast through song and dance, with the hope of obtaining a good catch and a safe sea journey for fishermen). Women, their white dresses billowing, raised and lowered a large green net, attached to the bell portion of Iemanjá's dress, up and down—presenting the illusion that the goddess was rising from ocean waters.

Then it was time for a masterful capoeira faceoff between two men in striped sweatpants. Skillfully avoiding each other's blows, they turned spectacular somersaults. (Capoeira, a martial arts with its own forms, types of practice and terminology, it has been criminalized and banned in the past but now, along with music, rates as one of Brazil's most important cultural exports.)

A thrilling berimbau solo by Fábio Santos followed, eliciting loud clucks of appreciation from some Brazilians in the audience. The berimbau, an instrument brought to jazz by the late Brazilian percussionist Nana Vasconcelos, usually accompanies rounds of caopoeira, in which function it has supplanted the traditional atabaque which was used. An adaptation of the African gourd bow, it comes in three varieties; its name derives from the Portuguese, whose Jew's harp bears the same name.

It was then the time for the drums. Male dancers brought three giant and six smaller Brazilian surdos—painted green, orange and yellow—to the stage Female dancers, bare breasts bouncing with a life of their own as their large flowery necklaces flapped up, took the stage and danced with wild abandon. Each shone during their turn in the spotlight.

The dancers went to town as some headed out into the audience, invoking theatergoers to get up out of their seats and dance. One woman was lured to the stage by a male dancer, threw down some good natured moves, and then exited. A mother danced with her small child. It all ended in a tightly closed circle with performers' arms upraised. A final samba-reggae number brought down the house before the curtain closed to bring nearly two hours of energetic performance to a close.