By DAN MCCLENAGHAN
November 25, 2004
Sign in to view read count 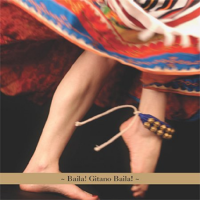 It's a stroke of genius, this incorporation of Cuban and Jewish music. Drummer Roberto Juan Rodriguez left Cuba at age nine and settled with his family in Miami, where he encountered exiles of diaspora, Jewish survivors dancing into their senior years to the sounds of the cha cha and mambo. A move to New York to work professionally led to further explorations of Jewish themes, playing in Marc Ribot's Los Cubano Postizos band, and eventually to the opportunity—enter John Zorn of Tzadik—to record a CD of Jewish music.

The septet incorporates the high flight of two violins tempered with the richer tone of the cello, along with reeds and trombone—the latter adding a needed gravitas to the ensemble sound—along with, organ and accordion, trumpet, bass in front of the percussion. The ensemble mix is an uplifting experience, full of joy. The set is just Rodriguez's second recorded foray into composing and arranging, and he proves himself a gifted craftsman in both fields, incorporating short solo slots to showcase the individual players throughout the uniquely exhilarating instrumental interplay.

An inspired and inspiring set of sounds.

Visit Roberto Juan Rodriguez on the web at www.robertojuanrodriguez.com .