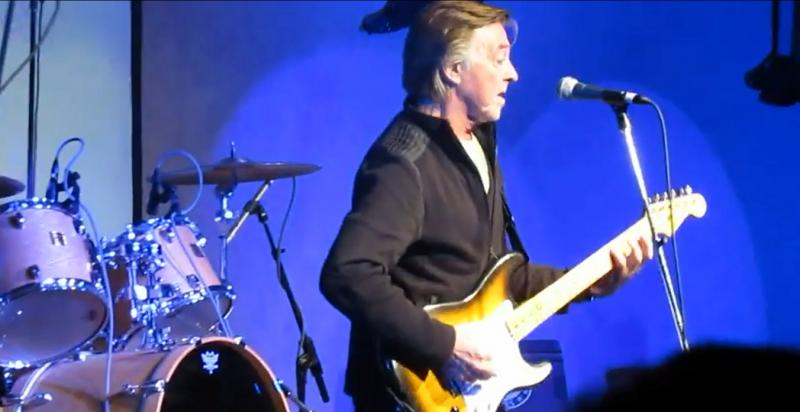 By ALAN BRYSON
November 23, 2014
Sign in to view read count
Badfinger was a band that rocketed to fame after being discovered by the Beatles' roadie Mal Evans and signing with Apple Records. They appeared on the world stage just as the Beatles went public with their breakup. With songs like "No Matter What," "Day After Day," "Suitcase," "Baby Blue," and "Carry On," Badfinger's tight soaring harmonies, melodic tendencies, and compositional talent filled a void left by the Beatles. They were also younger than the Beatles and still drawn to power pop/rock. As a live band they displayed surprisingly high energy and, unlike the Beatles, they engaged in extended jams. When the TV series Breaking Bad used Badfinger's song "Baby Blue" to close out the series, overnight an entirely new audience discovered the band.

Badfinger was also a band marred by tragedy. As victims of unscrupulous management they were swindled out of their earnings, and their affairs and music rights were so compromised that they could barely survive as musicians. Two of the original members, Pete Ham and Tom Evans, eventually committed suicide. Drummer Mike Gibbins died in 2005, leaving Joey Molland as the sole remaining member of Badfinger from their most successful period.

Joey Molland was born and raised in Liverpool, England. Seven years younger than John Lennon, he came of age just as the Beatles were gaining fame at the Cavern Club. In this extensive two part interview he recounts skipping school to see the Beatles do a lunchtime gig at the Cavern Club, honing his skill as a busker on a corner on Penny Lane near his home, playing local clubs in Liverpool, touring, and eventually being asked to join the band Badfinger, whose first big hit was written by none other than Paul McCartney. He speaks of George Harrison who helped produce Badfinger's highly successful album Straight Up (Apple, 1971), his session work on Harrison's album All Things Must Pass (Apple, 1970), his participation in the historic Concert For Bangladesh and he recalls the slew of star musicians who took part.

He recounts getting called to John Lennon's home to play acoustic guitar on some tracks for the Imagine album (Apple, 1971), meeting Duane Allman when he came to a Badfinger gig in Atlanta, working with Todd Rundgren, and much more...