By CHRIS MAY
March 5, 2009
Sign in to view read count
Third albums from Guinea's Ba Cissoko and the Kenyan/American collaboration Extra Golden prove, respectively, to be uplifting and just a little disappointing. 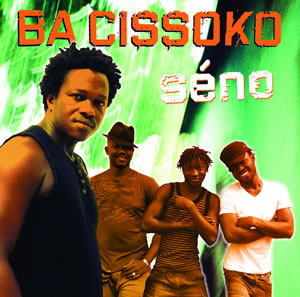 Like the kora played by its eponymous leader, the music made by Ba Cissoko is graceful, rooted in tradition and, much of the time, quietly spoken. It's also forward and outward looking: on Seno, second kora player Sekou Kouyate continues his imaginative exploration of effects pedals, and guest guitarist Abdoulaye Kouyate, who is heard on most tracks, generally favours a fuzzed-up, though understated and lyrically inclined, electric instrument.

Abdoulaye Kouyate's contribution is the element which most overtly distinguishes the new album from its immediate predecessor, Electric Griot Land (Totolo, 2006). On that album, Cissoko's kora was as frequently heard in counterpoint with Sekou Kouyate's balafon (marimba) as it was with his electric kora. On Seno, the balafon, played by guest artist Karamoko Bangoura, is heard on only one track, "Conakry," a pretty love song to Guinea's capital. While effects-driven electric guitar is an engaging part of Seno's overall sound, some listeners may hope that the sidelining of the balafon is only temporary.

Other developments include the absorption of Latin and Iberian musics—the salsa tinged arrangement of the title tune features some nimble flamenco-esque acoustic guitar—and, over about half the album, tempos which are significantly brisker than those used on Electric Griot Land. Reggae influences, present on the earlier album, are heard again, on the neo-dub touches to "Bambo" and "Nina," and the chopping acoustic guitar on "Chauffeur Taxi." The disc closes with the kora duet "Soumou," as lovely as a spring morning.

The sound is homespun and samples free; it's respectful of the tradition it comes from—Ba Cissoko and his cousins Sekou and bassist Ibrahima Kourou Kouyate come from a long line of Guinean griots—but is not overburdened by it. Relying not at all on post-production artifice, the music works as well live as it does in the studio, and Ba Cissoko have already made a significant international impact on tours alongside artists like Nigerian Afrobeat originator Fela Anikulapo Kuti's son, Femi. Seno is certain to extend that wider following.

Ba Cissoko's music doesn't force itself upon you. Rather, it embraces you gently, like a friend. And as with a good friend, the listener feels happier for the meeting. 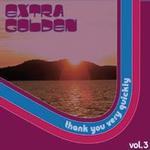 In its latest, trimmed down incarnation, Extra Golden are a quartet comprising vocalist Onvango Jagwasi, drummer Onvango Wuod Omari, and guitarists Ian Eagleson and Alex Mintoff; two Kenyans and two Americans. Augmented by the guitarist and vocalist Opiyo Bilongo, the band created something of a sensation with its second album, Hera Ma Nono (Thrill Jockey, 2007), a lyrical and organic blend of American indie rock and benga—the euphoric dance-oriented guitar-band style that emerged in the 1970s as the national beat of Kenya. Bilongo had replaced the guitarist and singer Otieno Jagwasi, featured on the group's first album, Ok-oyot System (Thrill Jockey, 2006), after Jagwasi's tragically premature death from illness (he was just 34 years old).

Whether featuring Bilongo or Otieno Jagwasi, Extra Golden's first two albums made much of the transporting guitar polyphony which is a signature of the extended jams which benga bands typically include in each tune. It was hard, if not impossible, to say whether Extra Golden were a rock band with a benga influence, or a benga band with a rock influence. Not that it mattered; the two albums, particularly Hera Ma Non, being beautiful and convincing beyond category.

No such confusion persists with Thank You Very Quickly. This is rock with a benga influence: Eagleson and Mintoff are the sole guitarists and both are primarily rock players. On Thank You Very Quickly the group sounds like an American garage band singing in English and Luo, albeit with a spectacularly lively drummer.

It's heavier, fiercer and louder music than that on the first two albums. At its best, on the near-eight minute opener, "Gimakiny Akia," it cooks. The track starts with some guitar work reminiscent of the Velvet Underground circa "Sister Ray," before Eagleson enters in solo mode sounding like Jerry Garcia with the Grateful Dead. So far, so good, and in the collective workout which follows, the band even get close to the intensity of Dead jams like "Dark Star."

The rest of the album is in a similar, though generally less elevated, groove—with the exception of "Ukimwi," the most "Kenyan" of the tracks, on which Eagleson's (or is it Mintoff's?) organ makes for an enjoyable alternative to a benga guitarist. Thank You Very Quickly is fun, but it lacks the singular personality which made the earlier albums so special.