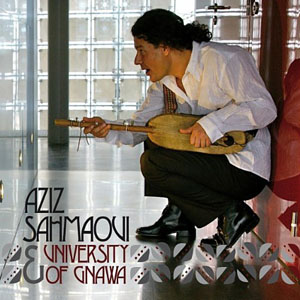 The music of Morocco has fascinated European and North American musicians for over 40 years—since guitarist Brian Jones recorded Brian Jones Presents The Pipes Of Pan At Joujouka (Rolling Stones Records, 1971) over an epically stoned weekend in the Ahl Srif mountains in 1968. The same year, pianist Randy Weston began a four year sojourn in the city of Rabat, where he ran a nightclub and immersed himself in the local music. The portal was first unlocked, however, by the novelist and composer Paul Bowles, who had been sending field recordings of traditional Moroccan music back to his avant-garde friends in New York since around 1956.

The fascination continues in 2011. Early in the year, Boston-based Club D'Elf, which bills itself as a "Moroccan-dosed psychedelic dub and jazz collective," released the double album Electric Moroccoland (Face Pelt Records) featuring keyboardist John Medeski, a set as out of its tree as it is possible to get without falling off. In the summer, the CTI Masterworks program reissued Randy Weston's 1972 orchestral gem, Blue Moses, an ambitious affair built around Moroccan gnawa trance and healing music. The traffic has, however, been mostly one-way; relatively few Moroccan musicians have chosen, or been able, to take their music overseas, literally or stylistically.

Enter Aziz Sahmaoui, gimbri and ngoni virtuoso and ex-member of the late keyboardist Joe Zawinul's Zawinul Syndicate. Sahmaoui was brought up in the southern city of Marrakech, for centuries the major hub on trade routes north from Senegal, Mali and Guinea, the black African countries where the gnawa style has its roots. At age seven, he began learning the tradition from his father, and as the name of the band tells you, gnawa is the root of this album.

Sahmaoui relocated to France in the late 1980s, and in 1995 was a founder member of the Paris-based Orchestre National De Barbes, a pan-Maghrebi ensemble of expatriate Berber and Arab musicians. He was a member of the Zawinul Syndicate for six years, recording Vienna Nights (BHM, 2005), along with two albums released after Zawinul's 2007 passing. Now, not before time, he has his own band and his first own-name release. 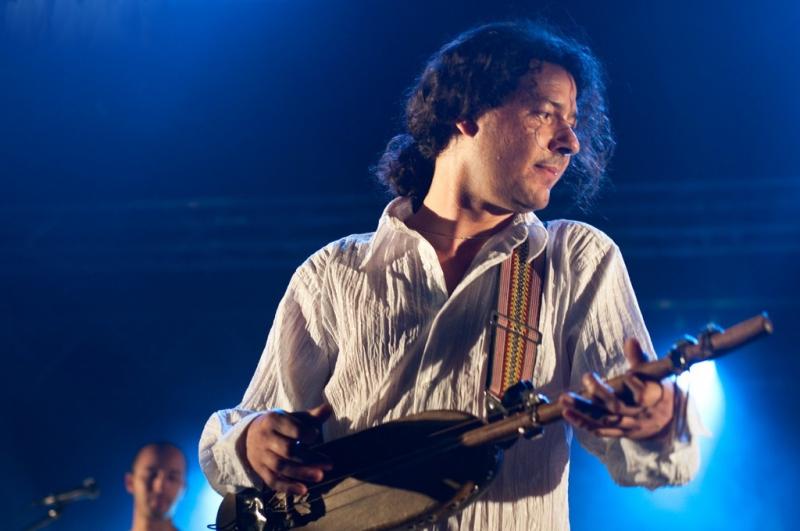 Aziz Sahmaoui & University Of Gnawa was recorded in Paris by Martin Meissonnier, who has been producing African music since the 1980s. A solid friend of the continent, but something of a nearly-man for much of his career, Meissonnier came resoundingly up to bump in 2008 with Seun Kuti & Egypt 80's outstanding Afrobeat album, Many Things (Tot Ou Tard). His work with Sahmaoui continues the upward trajectory. The album has the outward-looking studio sophistication which made Many Things so enjoyable—putting electric guitars and keyboards on an equal footing with Sahmaoui's gimbri, gnawa's signature instrument, and its Senegambian forerunner, the ngoni, while never overwhelming either of them—and keeps Maghrebi percussion instruments at the center of things.

Its leader aside, University Of Gnawa is mostly composed of Senegalese musicians: guitarist Hervé Samb, bassist Alioune Wade (a longtime member of Niger-born, Senegalese-based guitarist and singer Ismaël Lô's band) and keyboards and kora player Cheikh Diallo. Whether from choice, or more pragmatically, for reasons of availability, the presence of these Senegalese musicians allows Sahmaoui to dig deep into gnawa's pre-Moroccan roots.

The album is an intoxicating affair, visceral and groove-centric yet also nuanced and multilayered. With an average playing time of less than five minutes, the tracks fall short of the extended expositions which are crucial to gnawa's in situ trance and healing functions. But their sequencing was well-considered and seamless enough to approximate the effect; generally fierce and fast, until Sahmaoui's pretty ballad, "Rofrane (Redemption)," and the traditional "Mimouna," in praise of one of gnawa's female spirit guides, Lala Mimouna, cool things down towards the end.

Sahmaoui's vocals—rich and throaty, without the nasal edge associated with older gnawa singers—are welcome features of most tracks, which are a roughly equal mixture of originals and traditional material. His lyrics are worthy of attention (the liner notes include English and French translations), addressing modern challenges such as poverty and warfare through a folkloric prism. There are five traditional gnawa tunes among the 13 tracks, and one cover, a shimmeringly beautiful, kora-led version of Joe Zawinul's "Black Market," first heard on Weather Report's eponymous 1976 Columbia album.

It is to Sahmaoui and Meissonnier's credit that the traditional songs are in most respects indistinguishable from Sahmaoui's originals—the harmonic framework, the rhythms, the instrumental palette, the use of call and response vocals, all remain the same—with the notable exception of his chanson-informed, accordion-flavored "Miskina (The Poor)."

A wonderful album, which preserves gnawa's tradition as it takes it into new territory.