Avishai Cohen: Family Bonds and Music from the Heart 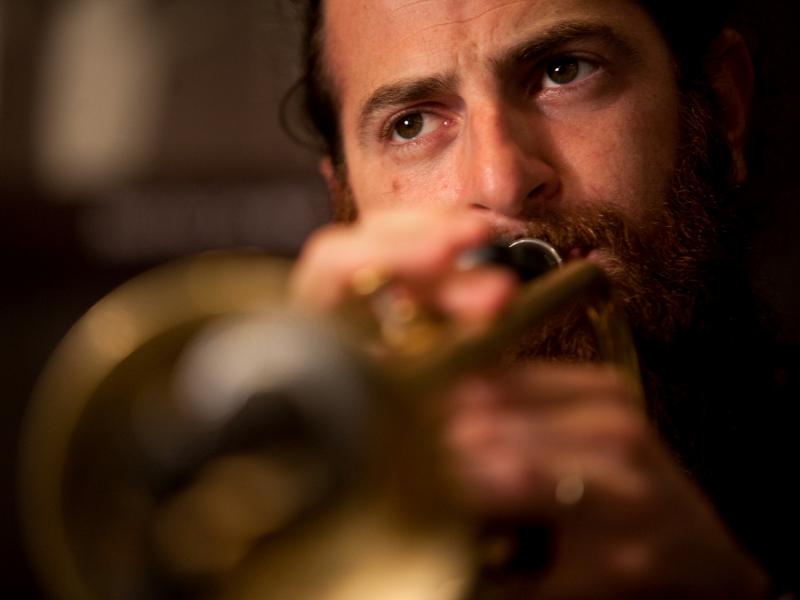 By URSZULA ORCZYK
August 8, 2014
Sign in to view read count
Avishai Cohen is a talented trumpeter, composer, band leader, co-leader and active sideman featured on over 50 records to date. Voted a Rising Star in the 2012 DownBeat Critics Poll, Cohen is also a musician with an individual sound, combining the best of traditional jazz with a modern compositional style. As a player, he demonstrates flexibility, soulfulness, sensitivity and extravaganza.

Cohen has performed music since the age of 10, gaining experience with jazz, rock and pop groups while growing up in Tel Aviv. He later moved to the United States to attend the Berklee College of Music.

He has toured and recorded with, among others, the SFJAZZ Collective, Third World Love, Lemon Juice Quartet, Jason Lindner Big Band, Omer Avital, and Keren Ann. He also plays with his trio Triveni and the 3 Cohens Sextet co-led by his sister, clarinetist-saxophonist Anat, and brother, soprano saxophonist Yuval. The Sextet includes Yonathan Avishai on piano, Reuben Rogers on bass and Jonathan Blake on drums.

During this brief but revealing interview at the Enter Music Festival, Cohen discussed his family band, their latest release Tightrope, and the state of modern jazz.

All About Jazz: Do you consider your family to be your optimal playing partners?

Avishai Cohen: It's hard to compare... as we go through life we meet many people, and with some of them we develop a very good relationship. With music, a lot of things are just different so it's hard to compare one experience to another and declare what's the best. There's definitely something very special in what we have that can not be achieved with any other band—certain understanding, certain relationships and a certain love that exists only in this band. This band cannot be replaced. Yes, you can play with a different bassist, drummer or pianist, and we love the people who are here with us today, but I can not substitute Anat for a different player. We can only work in this configuration. To answer your question more directly—it's one of my favorite situations to play in.

AAJ: Do you ever disagree or argue with your siblings regarding the music or it's rather symbiotic co-existence?

AC: Well, first of all, it's not necessarily an easy process in any band. A band is like a family or like a relationship. Even without having your siblings in a band, just having a band is not an easy thing. Just like there is no family that never fights, a band that doesn't fight doesn't exist. So we fight, of course, but we don't have severe fights, like (sometimes) we don't talk for a while. We argue like any normal family. We have disagreements but we work them out pretty well, I think. Actually, we don't take things too personally. We are respectful of each other, and very caring and loving with each other. I think one of the things that makes it easier is that we aren't jealous. We're not fighting over the spotlight, so fights never come from that space like, "Hey, you played more solos than me, or we play more of your tunes," you know, this never happens. The ego fights don't exist in this band. We have a lot of love for each other and we want the others to shine and be at their best, so that helps. We are all very connected. Siblings that grow up together, doing the same thing ... I've seen other situations, friends of mine who are the only musicians in their families, and it's not an easy situation for them. People don't understand them—what it means to be a musician, how you live your life, what your goals are, how you exist, what you think about as a musician. You know, we are a little bit like outsiders. Growing up with siblings who do the same things and understand your goals, understand what you try to do in your career, support you, advise you, are there for you and sometimes, in this case, do it with you, it's amazing.

AAJ: How important a part do your roots and heritage play in your music?

AC: First of all, everything is important. Everything you go through in life is important. That doesn't mean it must be. If I was coming from somewhere else, I would be a different person, so it is important in the sense of who we are. Growing up in a certain place, with certain holidays, customs, mentality, that type of existence affects your life. You hear certain songs on the radio that affect you, so in the big picture—yes, it matters a lot, it makes you who you are. It's another piece in the puzzle. On the other hand, in this specific band there's much more jazz history. The jazz tradition is way more audible than our Israeli roots. Sometimes it's mixed with other flavors, but swing is the main core and we bring that to the music.

AAJ: Your music is very energetic, sometimes edgy with swing and lyricism. How much of that is inspired from music you've grown up on?

AC: I think the last thing you've mentioned, the lyricism, is deep inside the three of us. The need for strong melodies, lyrical elements in music is important to us. Why? I don't know, maybe because we are from there. I don't know. I know that Israeli melodies have that element and yes, I guess I would say that's probably the effect. I'm not sure exactly how it works.

AAJ: You have said that the trumpet is one of the hardest instruments to play and that sometimes it's like a curse. Why is that?

AC: It's a blessing and a curse. I call it a jealous mistress. When you don't give her time and attention, care and love—then you will feel it. I think the trumpet is one of those instruments. Of course, you have to practice every instrument, at least in my experience, you cannot put anything aside for too long. You do it for one year, two years and you practice a lot, then three years and four years and you still have to keep on practicing. It's going to be almost thirty years that I have been playing and it's (still) practice all the time. To me it's frustrating, even that word—"practicing." I don't want to practice, I wanna DO! I imagine Picasso didn't practice painting, he painted. I just wanna play. But with this horn you can't just play, you know you have to do a lot of preparation. With time, I started to accept that. It's like the case of a swimmer—you cannot just swim, you have to do the stretches first, or like a runner prepares their body by doing other things to keep the body working. So it's the same. That's why I'm saying it's a curse, because it takes time, and a lot of effort, to keep that up. Sometimes I fail with that and sometimes I succeed, and sometimes I take a break and pay the price.

AAJ: What's a favorite album of yours?

AC: Hmm.... It's a good question... No one has ever asked me that... The first one that comes to my mind is Flood. It's one of my own as a leader. It's a very intimate album, very delicate, and not so well known as some others, actually. It's a concept album and fragile feelings come to me every time I listen to it. I like that one.

AAJ: And a special album by the three Cohens?

AC: I would probably say that the last one, Tightrope, is very special. Even though we have a few guests that joined in, the majority of the album is just the three of us playing a capella, and it's just more special than the others. It was a more challenging album and more personal, more daring, for the wider audience.

AAJ: Does the title suggest keeping your balance?

AAJ: What do you value most in your brother and sister?

AC: My sister is one of the most generous people I know. Very caring. I think she got it from our mom, she takes care of us first. As a musician she is funky. She's got mean timing, I think her timing is the stuff I like the most, super melodic and super communicative. You know, she plays a solo and she melts your heart. Every concert she is the one that plays the solo that gets to everyone. She knows how to get to the house. My brother is very daring. He's also very lyrical, super lyrical, and in a way he was the inspiration for us growing up. He was the first one who played jazz and tried to improvise. That influenced us a lot, so part of the way we play is because of how he played. I always remember and appreciate that. He's not afraid to be different and he's not about getting to the house. He's about something different, and I like that. He always was a motivic player with a very special sound. Both my brother and sister are amazing instrumentalists.

AAJ: How do you feel about jazz music today?

AC: I have ambivalent feelings about jazz music today. On one hand, it's way more interesting now, but as with lots of other modern things on earth, I don't like it as much as the old stuff, the old school. There are not many musicians today that thrill me as much as Dexter Gordon or Clifford Brown, or Louis Armstrong. On the other hand, there are some amazing musicians today, very interesting writers, composers, band leaders, instrumentalists. I definitely prefer what's going on in today's jazz world more than in pop or hip-hop, which are very generic and schematic. In general, I like music that comes from the heart and that is communicative. Sometimes today's jazz is more about complexity than about feelings. Anyway, it's a matter of taste. I like what I like.