Australian Allure: The Music Of Gian Slater And Christopher Hale

By DAN BILAWSKY
July 4, 2013
Sign in to view read count
Trying to define or pigeonhole the music and artistry of vocalist Gian Slater and bassist Christopher Hale is an exercise in futility; in fact, reductive tags like "vocalist" and "bassist" don't even really do them justice. Slater and Hale have each managed to transcend the normal parameters of their chosen instrument(s), reaching a place where they can play multiple roles within a single work and travel through various musical landscapes with subtlety and grace or passion and power. They're both technically gifted practitioners, yet neither one is boastful about it in their output; their technique merely serves as a means to an emotive end.

These Melbourne, Australia-based artists work together and separately in a variety of contexts, but they manage to create consistency in different settings by emphasizing textural design. They expertly weave a variety of elements together, forming stunning aural tapestries that tickle the senses and touch the soul; that's where the allure of these two Australians comes from. 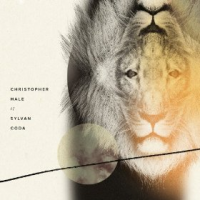 Sylvan Coda serves as an aural catharsis-of-sorts for its creator. Hale musically addresses the loss of a dear friend and long- time collaborator by creating works that seek answers and explore the emotional topography that exists within those that the departed leave behind. The pure and peaceful merge with the sad and mournful as Hale's thoughts take shape for all to hear. Slater's ray-of-light wordless vocals and Julian Banks' warm tenor saxophone glide atop a flowing foundation provided by a rhythm section that varies in size and make-up at any given moment.

Hale's love of flamenco music figures prominently into some of these pieces, and more than half of the ten musicians involved are percussion wielders of some sort, but the music never comes off as some kind of over-crowded or rhythmically abrasive nuevo flamenco; he simply peppers his mood-altering creations with Spanish seasonings. On "Skúli," it's Nathan Slater's nylon string guitar that references this music, but more people get in on the action elsewhere. The haunting rhythmic ritual hymn "La Bendición de Gonzalo," the long running "Skúli," and the spicy "Muller Turnaround," which features Banks' one raw-and-raunchy tenor turn, prove to be the standout tracks on this album, but every song manages to hit an emotional nerve as Hale paints marvelous pictures with pain, pleasure, joy and despair. 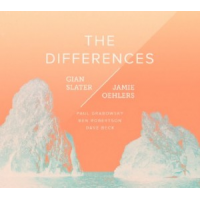 Slater is sans Hale on The Differences, but she's not alone; she teams up with tenor saxophonist Jamie Oehlers to create this mesmerizing music. These two alternately meld together, cross streams or work in their own separate-and-special ways, but they always manage to make cohesive co-lead statements regardless of the constructive methodology.

Slater's dreamy vocals are at the center of the title track, which opens the album, but she shares the spotlight with Oehlers on "When." They move in tandem at first, but Oehlers' saxophone solo causes a surge in energy that carries through to the song's end, where both leaders have a chance to cross paths. "The Shadow Of Your Smile" starts and finishes with Slater's true-to-(song's)-form take on this Johnny Mandel classic, but Oehlers is deep in a dream during his solo meditation in the middle.

Throughout the album, Slater seduces with her siren song(s) and heavenward vocal slides. She brings sly stylistic suggestions to "Never Let Me Go" and complex feelings to a slowed down take on Paul Simon's "Boy In The Bubble," but her own material proves to be equally strong; her poetic soul shines through on the originals, which can be mellow or spirited ("All I Needed").

The differences between The Differences and Sylvan Coda are many, but it's easier to appreciate the similarities; from-the-heart directness and sophisticated layering are endemic to the beautifully woven songs that populate both of these albums.

Tracks: The Differences; When; The Shadow Of Your Smile Gone; Boy In The Bubble; Big Things; All I Needed; For Today; Never Let Me Go.