Electric Masada: At The Mountains of Madness

By MICHAEL MCCAW
January 9, 2006
Sign in to view read count 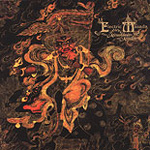 You could come close to identifying the music on this incredibly lively and vibrant, yet draining release by imagining Buckethead's Monsters and Robots combined with John Zorn's Bar Kokhba Sextet. Identified by Zorn's Tzadik label as an amalgamation of the agitated pacing of Naked City, the immediacy and "improvisational edge of Cobra, and the lyrical qualities of the Masada songbook, Electric Masada is a hulking beast of an octet, adept and pliable with firepower and grace. And where Volume 4 of Zorn's 50th Birthday series introduced this impressive group in a live context, At The Mountains of Madness and the two live concerts contained herein prove to be an even more compelling and disciplined listen than that impressive debut.

Recorded in 2004 during an extensive tour and culled from dates in Moscow and Ljubljana, both discs display an incredible simpatico shared by all the members of the group. With the ability to turn on a dime and in perfect synchronization build to a cacophony of noise, only to fall backwards into the lyricism that defines much of the string-oriented Masada songbook performances, Electric Masada may be the most varied and focused group under Zorn's leadership.

At The Mountains of Madness features five tracks earlier presented on Volume 4. However, the improved sonic and spatial palette and the simpatico developed over the time on the two recordings provides for fairly disparate takes on the same compositions—demonstrating once again that Zorn's book, however weighty and unwieldy, has staying power outside its original debuts.

Another distinctive mark of this group is the integration of laptop and electronics artist Ikue Mori, who seems to be spearheading the movement of laptop as instrument and not just sampler or sound processor. Her modulating and multidimensional sonic introduction to "Karaim sets the stage for some very soulful playing from Zorn, ample evidence that he is more than the simple screamer he is regularly characterized to be. On this, one of six tunes clocking over or near fifteen minutes, everyone has their moments, but of particular interest is Ribot, who contributes some of his most ripping playing of the last couple of years. He begins in a style near his sound with the Bar Kokhba Sextet but steadily develops more fire as the percussion backdrop builds from support to interactive soloist.

There is nary a weak spot throughout this two-plus-hour tour de force. However, the album can be exasperating. As if you are present in the venues they performed, you feel spent and exhausted by the roller coaster Zorn and company ride. And like a visual art piece that makes you want to avoid other images until you have processed what you have experienced, At The Mountains of Madness presents so much in a compact package that it can become overbearing when taken in as a whole.

Nonetheless, this powerhouse recording is essential listening for those willing to traverse the sounds produced by this ensemble of leaders, reacting and reaching heights with previously undocumented abandon.