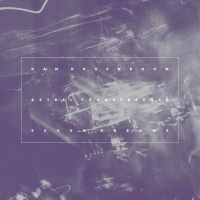 L.A. trumpeter Dan Rosenboom seems to gravitate towards music that challenges on multiple levels, and his latest recording Astral Transference/ Seven Dreams, a sprawling, two-disc transcription of a live concert at the Blue Whale is nothing if not wildly ambitious.

"Astral Transference," is the single composition that takes up the entirety of Disc One. It opens with Rosenboom alone, dancing around with open-horn textures, before being joined by seven of his favorite players including Artyom Manukyan on cello, Joshua White on piano, Richard Giddens on bass, Gene Coye on drums, Gavin Templeton and Jon Armstrong on reeds, and Alexander Noice on guitar.

It's a fascinating blend and blur of the notated versus the improvised, and the constant shifting keeps the listener's interest at a peak level.

Disc Two features the same ensemble minus Templeton, Armstrong and Noice. "Burst Into the Infinite," seems to toggle between an extreme freedom and a folksy "Amazing Grace" type theme, bolstered by a violent piano solo.
Ghostly cello overtones and a suspended rhythmic dynamic give "An Ancient Tree," a kind of "In A Silent Way," feel—White's manic interruptive discourse notwithstanding. Rosenboom's scampering muted horn drives "Colors You May Never See," into a furious free-bop aesthetic—greatly enhanced by Giddens' dervish pulse. Manukyan creates a loop and layers a solo rich in arco and pizzicato textures to take the tune out.

"The Tears of Venus," begins as a rubato ballad, with White tugging in the opposite direction, energy-wise, while Rosenboom's mournful vibrato holds its own. Giddens showcases a pointed, resonant essay that ratchets the excitement quotient and serves as the connective tissue into "Throwing Fire at the Sky," where violent oppositional extremes are superseded by the incredibly hip charm of Coye's brushes.

Coye also opens "Dancing on the Rings of Saturn," with an explosive solo as piano and trumpet swap ideas. Rosenboom charts a course of beautiful long tones and sculpted strikes into the ether countered by White's nervous pounding until the tune veers sharply into a hyper-melodic direction with trumpet and cello adopting a fanfare assignation.

Imagine a synthesis of Wayne Shorter's "Moto Grosso Feio," and Cecil Taylor's "Conquistador," and one knows what to expect. Recommended.

Disc One Astral Transference. Disc Two Burst Into the Infinite; An Ancient Tree; Colors You May Never See; The Tears of Venus; Throwing Fire at the Sky; Chatting with the Moon; Dancing on the Rings of Saturn.