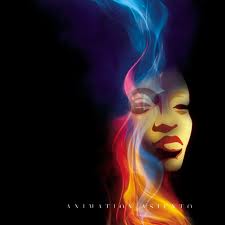 1969 was perhaps a watershed year for jazz in America. Trumpeter Miles Davis, the anointed pied piper, recorded Bitches Brew (Columbia, 1970). It was to be the beginning of jazz/rock fusion. Maybe better described as jazz/rock/soul/funk fusion. Miles wasn't one to miss out on trends. He saw the popularity of Jimi Hendrix and Sly Stone, with their rocked-out blues/soul sound, and he decided to get in on the action.

Fast-forward to the conservative purge of the 1980s, when the history books were rewritten with nary a mention of that electric Miles thing. Luckily, soon to be movers- and-shakers like saxophonist/producer Bob Belden and trumpeter Tim Hagans were still listening. Belden later produced the reissue of Bitches Brew, expanding the two discs to four and introducing 15 additional songs from those sessions and the raw materials for the original release. p>Together Belden and Hagans have mined this era before, on the trumpeter's two out-of-print electric releases, Animation/Imagination (Blue Note, 1999) and Re-Animation Live! (Blue Note, 2000), with keyboardist-heard-here, Scott Kinsey.

Asiento, recorded for the BBC, was from a live concert at New York's Merkin Hall as part of a series called Reissue: Classic Recordings Live. Completing the lineup are bassist Matthew Garrison, drummer Guy Licata, and DJ Logic (turntables).

The bands wasn't so much reenacting Bitches Brew, as they were revitalizing it with modern tools. Teo Machero's tape splicing and the combination of keyboardists Joe Zawinul, Larry Young, and Chick Corea could be left to just DJ Logic and Kinsey. Kinsey favors the music of Joe Zawinul, flavoring his notes with the familiar Weather Report sound. Same for Garrison; on the opening "Pharaoh's Dance," he displays a fondness for Jaco Pastorius' heavy bass sounds.

Were Miles Davis here today, he certainly would be seasoning his brew with bits of hip-hop and drum 'n' bass, as heard here. Certainly the center of the recording is trumpeter Tim Hagans, playing his trumpet amplified by reverb, wah-wah pedal, and appropriate feedback. His echoey take on "Bitches Brew" is spot on, recreating the haunting weight of Miles' quest to change the direction of jazz.