By DAN BILAWSKY
December 25, 2018
Sign in to view read count 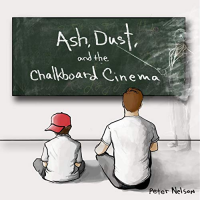 "In sickness and in health" is a phrase that evokes thoughts of wedding vows in most minds. But in a broader sense, it can be applicable to performing artists and their relationship—marital commitment, if you will—to their instruments and work. If anybody has lived and absorbed that truth, it's trombonist Peter Nelson.

After taking flight from his home state of Michigan in 2013, Nelson took to the New York scene and began to pave his way in earnest. Key gigs that placed him alongside jazz elites like drummer Matt Wilson and pianist Orrin Evans proved encouraging at first. But before long, unfortunately, he had taken ill, without a clear diagnosis in sight, and engaged in a multi-year struggle with the cause and symptoms behind his failing health and performance problems. Finally, after consulting numerous specialists and coming away from each with more questions than anything else, he connected with physiologist and trombonist Jan Kagarice who provided the answers he needed: Nelson received a three-pronged diagnosis—focal dystonia, chronic hyperventilation, and Chovstek sign—and discovered that poor pedagogical advice was the major culprit. At that moment he began to walk the road to recovery and, though still dealing with these issues to the present day, he's managed to come out whole on the other end of the experience. Ash, Dust, and the Chalkboard Cinema, essentially, tells this tale.

Nelson works with three different ensembles in presenting his story arc—a spellbinding trio with vibraphonist Nikara Warren and vocalist Alexa Barchini; a strong-willed quartet with pianist Willerm Delisfort, bassist Raviv Markovitz, and drummer Itay Morchi; and a well-wrought septet that adds the horns of alto ace Hailey Niswanger, rising star trumpeter Josh Lawrence, and bass clarinetist Yuma Uesaka to the aforementioned foursome. Each of those groups brings a distinctive sonic signature to the fore, but only taken together can they fully unfurl this narrative and properly express the scope of Nelson's experiences.

In the music of the trio—"It Starts Slowly (First In Your Heart)" and "Ghost Of Sand (Slipping Through Your Fingers)," for example—there exists the specter of the unknown. But there's also real fight to be found in Nelson's journey. His quartet proves bold and bracing in its play while the additional horn players bring heightened emotions and added passion to numbers like "Cyclical Maze (Round And Round We Go)" and "Behind Kind Eyes (Thank You)." In the end, these friends and colleagues all aid Nelson in living and breathing the very act of renewal through his horn. Catharsis rarely sounds this good.

It Starts Slowly (First In Your Heart); State Of Fear (That Lonely Nightmare); As We Grow Unfamiliar (In The Void); Cyclical Maze (Round And Round We Go); Ghost Of Sand (Slipping Through Your Fingers); Do Nothing (If Less Is More); To The Water, My Eyes (To The Wave, My Heart); Peace, A Moment (You're Enough); Behind Kind Eyes (Thank You); Closure Is A Wasted Prayer (Release, Relax).