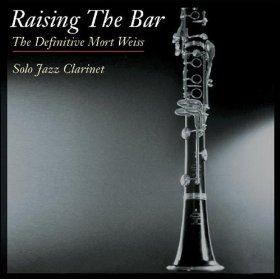 In late 2006, clarinetist Mort Weiss told his unusual story to R. J. Deluke in an exclusive interview for All About Jazz, appropriated titled “Mort Weiss: Sets Sail with Clarinet." His narrative is the timeless, archetypal journey of the hero's circular route to hell and back--much like that of Homer's legendary mariner, Ulysses, except that in Weiss' case, the outcome was far from known. With Raising the Bar, Weiss completes his journey, and provides impressive if less than definitive closure ...

Recorded in England in 1958, this little-known session, originally released on the obscure Felsted label, is an inarguable gem. Perhaps even the word “masterpiece" is not too much of a stretch. It's doubtful that the putative “father of the tenor saxophone," Coleman Hawkins, made a better recording in the age of long-playing records, and it's just as unlikely that a better example of the impeccable touch and melodic inventiveness of the prolific Hank Jones can be found on any other ... 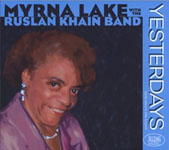 Myrna Lake's Yesterdays (Jazzing Music, 2008) is less a trip down memory lane than an exploration of the power of memory itself, a musical ... 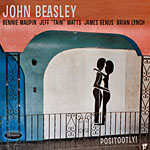 It's a story often heard before: musically, these are the best and worst of times. Only this time, in 2010, it seems different. Even as the pool of fresh talent expands, jazz continues to witness a dearth of venues along with the slump in CD sales. Uncounted numbers of talented musicians, young and otherwise, are reduced to playing in venues--if they can find one--for the door and pocket change. Simultaneously, they are recording, producing and hawking their own CDs; often ...

Artie ShawClassic Bluebird and Victor SessionsMosaic Records2009Shortly after its critically acclaimed box set comprising clarinetist Benny Goodman's essential recordings-- The Columbia and Okeh Benny Goodman Orchestra Sessions (2009), which was released to coincide with the centenary of the “King of Swing"--Mosaic Records has done it again. The Classic Artie Shaw Bluebird and Victor Sessions arrives in time for the 100th birthday (May 23, 2010) of the clarinetist who was the instrumental bobby-soxer ...

Patti Page: Patti Page with Pete Rugolo and His Orchestra 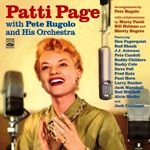 The Classic Jazz Calendar 2010, with photographs by Chuck Stewart--a full-page devoted to each of 12 jazz greats--includes a striking photo of Patti Page, representing the month of May. While her inclusion may strike many as unexceptional, for jazz followers who remember the best-selling female singer of the 1950s, her name would seem a problematic fit. Yet she is the only vocalist and female among the chosen dozen (which includes Wayne Shorter, James Moody, Jimmy Cobb, Red Garland, and Grant ...

Clint Eastwood Presents Johnny Mercer: The Dream's On Me

Film director Clint Eastwood's love of jazz and American popular song is far from a secret, especially following his feature-length biopic about alto saxophonist Charlie Parker (Bird, 1988), during which the ever restless Eastwood got the idea to produce a feature-length film about pianist Thelonious Monk, released somewhat later during the same year as Straight No Chaser. Hence, it should surprise ...