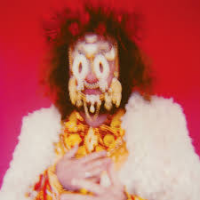 With the very announcement of Eternally Even, My Morning Jacket's titular leader Jim James telegraphed the topical nature of his solo album, a somewhat disingenuous gesture to be sure, but ultimately a telling one. The sentiments as voiced in such a sing-song fashion on “Hide in Plain Sight" and “Same Old Lie" sound as superficial as the production and arrangements he's fashioned here with co-producer Blake Mills. The latter is an artist in his own right, but has ...