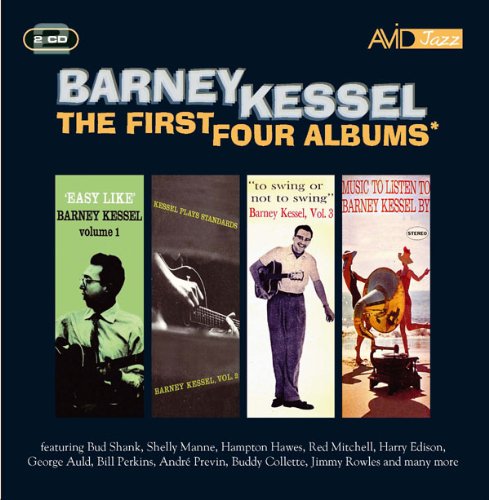 Getting Started If you're new to jazz, go to our Getting Into Jazz primer for some hints on how to listen. CD Capsule Beautiful work by a luminary of the jazz guitar. These albums are a showcase for Kessel's skill and sensitivity, and a reminder of how gifted he was as an arranger. Background Barney Kessel, perhaps the most celebrated jazz guitarist of the 1950s and ... 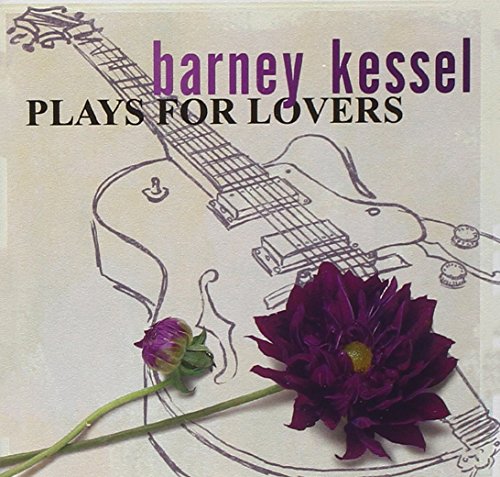 Guitarist Barney Kessel was the backbone of what I consider to be the most romantic album ever made, Julie London's Julie Is Her Name. It was only a natural choice for Fantasy to add Kessel's name to its list of Plays For Lovers compilations.

Barney Kessel Plays For Lovers is 67 minutes of generally gorgeous music recorded for Contemporary Records over the period from 1953 to 1988. The album consists of 16 standards, two of which are up-tempo: “Satin Doll" ...

Swingin’ Party was recorded at Contemporary’s studio in from of a live audience (one can only wonder, given how many sessions were recorded there at this time, who might have been present). The reason for this is obvious; the setting combines the energy and spontaneity of a live performance with the pristine sound of the studio. Kessel’s style, as always, is a potpourri of bent notes and pull-offs, all cleanly articulated and full of unexpected phrases. Like a gracious host, ...

A lively, swinging date from 1957 that certainly lives up to its name. Guitarist Barney Kessel fits his perfect trio featuring bassist Leroy Vinnegar and drummer Shelly Manne into one quintet with pianist Hampton Hawes and vibesman Victor Feldman and a sextet with tenor man Ben Webster, pianist Jimmy Rowles and trombonist Frank Rosolino. Over the course of five tunes, Kessel and company really stretch out nicely. Outstanding are Kessel's 11-minute title cut, deftly handled by the quintet, and clocking ...

Two sessions, one taste. What makes this special is a magic ingredient – fortune. Barney was called as a sideman for a Benny Carter date, but Benny couldn’t make it. Everyone else was there, so Barney was made the leader, and the tape started rolling. This let him jam with horns of great stature – Ben Webster and Frank Rosolino. The balance is a quintet session with a similar feel. What you get is simple blues, a loose feeling, and ...

Barney Kessel: Exploring The Scene and Workin' Out

Back in the 1950's, before jazz was “America's classical music," when it was still a contender among the various genres in American popular music, Barney Kessel was the perennial winner of the guitarist's spot in the jazz polls which various magazines conducted. Readers of Downbeat, Playboy and the long-gone Metronome liked the clear electric timbre, swift runs, rhythmic licks, block chords, clever arranging and mix of standards and originals which were the staples of Kessel's style. Although Kessel's roots in ...