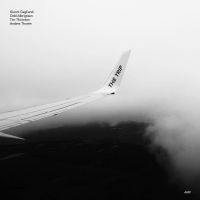 Those who like a cup of coffee or tea on a chilly morning will appreciate the warmth provided by the album, The Trip. There is a great deal of happiness in this music, and it bubbles and percolates like a champagne toast on the Tyrrhenian Sea. The performing quartet, comprised of saxophonist Gianni Gagliardi, guitarist Odd Albrigtsen, bassist Tim Thornton, and drummer Anders Thoren, initially met in Oslo, but, according to the liner notes, the music concerns a ...