As the great Sigmund Freud said, sometimes an EP is just an EP. In this case, actually, it's six EP's, as the boys look at that chimera of the early LP era, the ten-inch long-playing record, focusing on releases from the early to mid-nineteen fifties on Blue Note and Fantasy, along with a Resonance Records' Record Store Day release of archival guitar music recorded in mid-fifties Indianapolis but not released until the twenty-first century. Much musing about the special flavor ...

Jazz has had a very close relationship with cinema and TV. To be perfectly frank in this relationship cinema and TV have not as generous as jazz has been towards cinema. Jazz has been only sporadically covered by quality movies. When that has happened the quantity of stereotypies and clichés about jazz spoiled them for any serious fun. Nevertheless, jazz musicians have made great contributions to soundtracks (from Duke Ellington's music for Otto Preminger's “Anatomy ...

This interview with trombonist J.J. Johnson along with Joshua Berrett and Louis G. Bourgois III, authors of his biography, The Musical World of J.J. Johnson (Scarecrow Press) was first published at All About Jazz in November 1999. All About Jazz: Congratulations to Josh and Louis on your new book--and to J.J. for now having a scholarly reference devoted to your outstanding contributions to music. Just for the fun of it, which three recordings and/or scores would you take ... 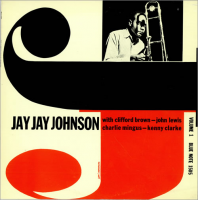 Think of jazz, and the trombone almost never comes to mind. Didn't used to be. In the beginning, every jazz band had a trombone. But that was the Dixieland era, and Dixieland bands aren't much in vogue anymore. (Unless you're a fan of HBO's Treme and you listen to Trombone Shorty. Sadly, not enough people do, or Treme would still be on the air.) Then came the big band era, and suddenly lots of trombones were ... 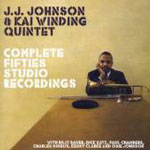 The first thing that piqued my interest about Complete Fifties Studio Recordings (compiled from the Savoy, Prestige, Columbia, and Bethlehem labels) was the inclusion of a rare Mingus piece called “Reflections. When you get to track number six after traveling through the preceding tunes (including the delightful “Bernie's Tune ) you might utter “Toto, I don't think we're in Kansas anymore.

The piece starts off with the lowest “F on arco bass, and then the first trombone plays a slightly ...

The Musical World Of J.J. Johnson Joshua Berrett and Louis G. Bourgois III Scarecrow Press, Inc. ISBN 0810836483 1999 J.J. Johnson is known to the listening public as a jazz trombonist who has repeatedly won the Downbeat and many other polls, who has played the instrument at super-rapid clips (a jny: Philadelphia nightclub once billed him, Barnum and Bailey style, as “The Fastest Trombone Player Alive!"), and who, with the ...

Is it possible to think of jazz trombone without the artistry of J.J. Johnson coming to mind? His death in 2001 brought closure to a career covering a half-century, and there are few major figures in bop/ mainstream jazz that didn't share concert billing with him. His recorded output graced a number of labels: Blue Note, Prestige, Concord, and Verve. In a perfect world, a career retrospective would be a multi-disc, multi-label affair. In this imperfect world, thank Fantasy Jazz ...