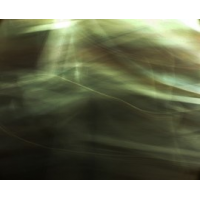 Alto saxophonist Noah Howard was a key player in the free jazz movement of the 1960s. He moved into the realm of that decade--a time when the atmosphere was rife with saxophonists primed to the calling. Born in New Orleans, Howard characterized his approach with a distinctive sensibility for gospel music that unraveled enticingly in his explorations. His improvisations revolved on the turnstiles of a ripe imagination, and it was no surprise, then, that his first record as a leader, ...

Noah Howard's 1969 album The Black Ark has, in an unintended way, lived up to its name in recent years. It has become, to free jazz obsessives, a sort of Ark of the Covenant, a fabled and much sought after grail and jazz message boards lit up when it was announced that the British label Bo'Weavil would be putting the album out on CD. Recent years have also shown a renewed interest in Howard's career, with new ...

Like “rarely performed" operas, “hard to find" recordings are often obscure for a prosaic reason: they're no good. Here's a monumental exception to the rule. The Black Ark--released in small numbers on the Freedom label in 1969, out of print almost overnight, and a holy grail for collectors practically ever since--is forty minutes of passionate and thrilling music, new-thing free jazz as great as practically any that came out of the late 1960s without saxophonist John Coltrane's name on it. ...

A move to Europe can often take a successful musician out of the tight focus of American listeners. Though the cross-pollination of Europe and America is now well established, ex-pat Americans often give up their native renown for the increased work and appreciation to be found across the pond. Though Noah Howard, once one of the young darlings of the new music scene in '60s New York, plays the city quite rarely, he has maintained a successful ...

Noah Howard: One Eye Open, the Other One Closed

Blues are everywhere, and saxophonist Noah Howard knows it. So do his bandmates on this newest escapade for his own Alt Sax label. Yet, there's more. Howard employs an old blues lyric as the basis of his title track. Sung by Eve Packer, his frequent partner in song, the piece represents the crème de la crème of modern blues interpretations. Packer and Howard play hard-driving romps for half of the disc. Hence much of their music is rooted in energy ...

The discovery (or rediscovery) of the music of Noah Howard is an experience in the most soulful avant gardist since Albert Ayler. Howard, born 1943 in New Orleans, participated in the New York free music scene of the 1960s recording for ESP and performing with Archie Shepp, Frank Lowe, Rashied Ali, and Sun Ra. He has lived as an American Expatriate in Europe for several decades.

Alto saxophonist, Noah Howard is a highly regarded free jazz musician who possesses a silvery tone to complement his brazen attack and melodious phraseology. However, Red Star is a noteworthy reissue of a 1977 session, originally released in Europe on the “Phonogram/Mercury” label, as we find the saxophonist aligning his wares with legendary Bop drummer, and co-leader of the “Clarke-Boland Big Band,” Kenny Clarke. With asymmetrical doses of bop, soul and free, this interesting and impeccably recorded outing commences with ...