Among bandleader Stan Kenton's many ensembles, surely none has given rise to as many differences of opinion--pro and con--as the Mellophonium Orchestra of the early 1960s. Audiences generally loved the warm and inviting sound of the mellophonium, residing in a nether region between trumpet and trombone; musicians, on the other hand--both those who played the mellophonium and those who did not--were, to say the least, more ambivalent about the instrument's eccentricities and unwillingness to remain in tune. In the end, ... 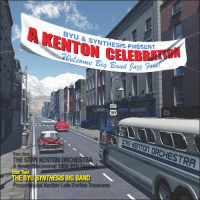 Fasten your seat belts, Kenton fans. Just when you feared the once-overflowing wellspring of material from the Stan Kenton Orchestra's archives may have run dry, along comes Tantara Productions with this jet-propelled and emphatically pleasurable two-disc set, the first half of which reclaims a long-lost concert date recorded in February 1959 at Brigham Young University, a dozen years before another concert at the Provo, Utah, campus was safeguarded on the album Live at Brigham Young University. The second half of ... 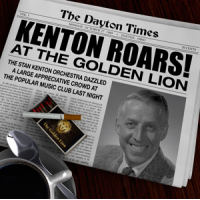 1969 was a year of transition for Stan Kenton and his orchestra, one in which Kenton's long-term contract with Capitol Records was ended, which led in turn to the establishment of his own label, Creative World. The orchestra itself remained active, motoring back and forth to one-night stands and brief engagements in various locales. What it did not do was enter a studio to produce a lasting narrative of its prowess. Luckily, a blemish-free tape of one of the orchestra's ...