For its third album following Zero Sum (JACC, 2014) and Owt (NoBusiness, 2016), adventurous Portuguese improvising outfit Fail Better! presents selections from a 2017 concert in the city of Coimbra. Although the instrumentation remains the same, this time out drummer Marco Franco and Lisbon-based Catalan saxophonist Albert Cirera join core members trumpeter Luis Vicente, guitarist Marcelo dos Reis and bassist Jose Miguel Pereira. Of the newbies, Franco is the more regular collaborator with Vicente, as can be heard on the ... 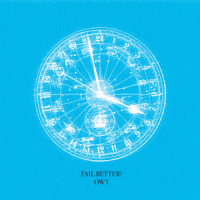 Taking Samuel Beckett's exhortation from Worstward Ho as a moniker--and a highly appropriate credo for improvisers to aspire to--Portuguese co-operative ensemble Fail Better! proffer their second release, following Zero Sum (JACC, 2014), as a limited edition LP on the Lithuanian NoBusiness label. Of the five proponents, likely the most familiar will be trumpeter Luis Vicente and guitarist Marcelo dos Reis, both increasingly visible on the European scene and previously heard in fine style on the excellent Chamber 4 (FMR, 2015). ... 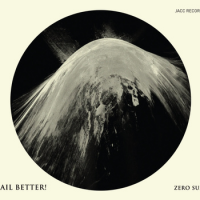 The name of the Portuguese quintet Fail Better! is inspired by Samuel Beckett who advised: “ever tried, ever failed, no matter, try again, fail again, fail better." This saying, together with the one of Miles Davis who claimed that there are no mistakes in music, capture the very essence of the process of free improvisation. And, obviously its real-time sense of experiment and discovery, a walk on a thin line between magic and the sonic equivalent of psychodrama. ...