Welcome back to the second season of “Jazz & Juice!" Last week, I published something called the Tasting Spiral as a bonus podcast/post. It's a great way to visualize wine tasting and is in keeping with our journey together. You can check it out on the website here if you're curious! Onto the first adventure of our season... TensionThe word tension comes from a root meaning “to stretch." The best literal examples of tension in application are musical--an ...

From his first recordings with Chico Hamilton in 1958 until his untimely death from misdiagnosed diabetic shock in 1964, Eric Dolphy was limited to only six years in which to record the music that has defined his extraordinary legacy. Previously, in this series, we have heard from Dolphy's great 1960 recording, Far Cry and his contributions to Charles Mingus's band. The final three years of this story includes recordings under the leadership of Oliver Nelson, Abbey Lincoln, Ron Carter, Mal ... 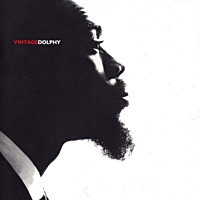 Vintage Dolphy appeared originally in 1986/7 on both vinyl and CD. Featuring recordings from three separate live performances from Eric Dolphy, two at Carnegie Hall, both with his own quartet and in two 'third stream' settings devised by Gunther Schuller, the album provided intriguing insights into Dolphy's improvisational skills and approach. Were this not enough, the 1996 edition added a jam session from the Carnegie Hall concert where the quartet tracks were recorded. Featuring a group of mainly hard-boppers performing ...

2018 was a spectacular year for archival jazz. Just a quick glance at last year's releases includes John Coltrane's Both Directions At Once: The Lost Album (Verve), Coltrane's further adventures on Miles Davis & John Coltrane The Final Tour: The Bootleg Series, Vol. 6 (Legacy), and Erroll Garner's revelatory Nightconcert (Mack Avenue Records) quickly taking its place alongside the pianist's The Concert by the Sea (Columbia, 1955) for historical importance. Towards the end of the year, lost broadcasts by Charles ...

This lovingly and lavishly packaged set reissues two of reedman Eric Dolphy's LPs along with outtakes from the two day 1963 sessions which yielded them, along with some unreleased later material on which Dolphy was a sideman. The set places a well-deserved focus on one of the pioneers of what became known as the New Thing, whose voice was tragically silenced less than a year later from undiagnosed diabetes at the age of 36. Even during his brief ...