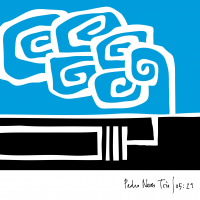 It is what it sounds like: West Coast jazz. It's probably worth pointing out, though, that the music found on Pedro Neves' sophomore album comes from the west coast of Portugal, not the United States. You'd never guess that this is Iberian jazz, though, just from listening to it. There's no trace of fado--that dark, smokey music of Lisbon. Not a guitar can be found, nor a single vocal. Instead, with a light, lithe playing style ...