Jazz-rock fusion was a powerful force in the music in the early seventies, but noticeably began to run out of steam mid-decade. European influences began to gain traction as the decade progressed as represented by the rise of ECM. American acoustic jazz musicians, who seemed to be taken for granted, continued to produce fine music and garnered renewed interest as the decade ended. In this hour we will listen to representative 1970s acoustic jazz from McCoy Tyner, Woody Shaw and ...

Woody Shaw was born a decade or so after quintessential hard-bop trumpeters Lee Morgan, Donald Byrd and Freddie Hubbard, Shaw's professed role model. He came to the party late but he came bearing gifts—a strong technique, an ability to play inside and outside with equal conviction, and a lot of soul. These qualities were to the fore on two sideman albums on which Shaw's reputation was established, Eric Dolphy's Iron Man (Douglas, 1963), Shaw's recorded debut, and Larry Young's Unity ...

That trumpeter Woody Shaw is considered “underrated" may be a considerable understatement. Shaw died at age 44 in 1989, but he managed to release 33 recordings as a leader (27 in his lifetime) and worked in collaboration with Gary Bartz, Art Blakey, Chick Corea, Stanley Cowell, Eric Dolphy and most notably with Dexter Gordon, on his 1976 Homecoming: Live at the Village Vanguard (Columbia). His recording, Rosewood (Columbia, 1978), his first major label release, is considered his masterpiece. Shaw's seamlessly ... 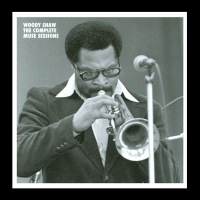 It's one thing to play the right note, it's another to get it; one thing to play a phrase, another to get to its essence. With academic jazz education more accessible than ever, countless aspiring musicians are learning its vernacular. But music, like all art, is more than technique--it's an indefinable truth that can only come from complete immersion and commitment. Learn the language, but without getting on the bandstand every night, playing with as many people in as many ...

Live straight-ahead jazz doesn't get much better than these two nights when Woody Shaw brought his quintet into the Village Vanguard in August 1978. Trumpet and saxophone improvise with forceful confidence, piano provides the glue that keeps them in a tightly- knit affair, and the rhythmic team of bass and drums exudes a propelling force.

Shaw's inspiring voice introduces “In a Capricornian Way" and provides leadership. His horn leads from a different perspective as the quintet swells with ...

Live Volume Four continues HighNote's ongoing series of live recordings from Todd Barkan's Keystone Korner club from the late '70s and early '80s. While trumpeter Woody Shaw never received the accolades he was due during his relatively short life--he died in '89 at the age of 44--these live recordings paint a picture of an innovator who simply was not fully appreciated.

Given the plethora of players informed by the late Miles Davis, Shaw's influence may not be as acute, but ...