Various Artists Summer Of Soul (...Or, When The Revolution Could Not Be Televised) Onyx Collective/Searchlight Pictures 2021 One of the most thought-provoking moments in Ahmir 'Questlove' Thompson's documentary on the 1969 Harlem Cultural Festival comes from a festival attendee, looking back from the distant perspective of half a century. “I had never seen so many black people before," he recalls, still awestruck, all these years later, at the memory of 50,000 black people gathered ...

In 1994, guitarist Sonny Sharrock died from a sudden heart attack at age 53, leaving behind a body of cutting-edge jazz guitar compositions and recordings that still sounds ahead of its time.Ask the Ages (1991, Island), Sharrock's last official release, literally was one for the ages, recorded with an amazing quartet which teamed the guitarist with bassist Charnett Moffett and two powerhouse musicians greatly influenced by the sturm und drang of John Coltrane, drummer Elvin Jones and reedman ...

read more
20
From the Inside Out

Unraveling the Mysteries of Monk, the Night Tripper & More 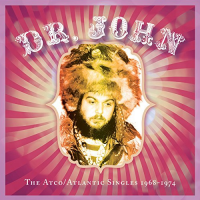 Terry Adams Talk Thelonious Clang! Records / Euclid Records 2015 Thelonious Monk's music has been more misunderstood and misinterpreted than most composers.' How you play Monk's music is just as important as what you play, and what you don't play is often just as important as what you do. “The first Monk song I heard was when I was about 14--it was 'Off Minor' by his septet," recalls Terry Adams, founder ...

Guitarist Sonny Sharrock had been recording since 1969, in a variety of formats. In 1991, he recorded his masterpiece, Ask the Ages for Axiom records. The recording was produced by Sharrock and MOD Technologies founder and bassist Bill Laswell. Axiom Records was a precursor to Laswell's MOD Technologies. It is fitting that Laswell resurrect Sharrock's magnum opus recorded the year before the guitarist's death. Much has been made of Sharrock making music with former John Coltrane sidemen Pharoah ...

Sonny SharrockAsk the AgesAxiom1991 Although Charlie Christian introduced the electric guitar to jazz in 1939, everyone playing the instrument in jazz kept his sound and ideas embodied in their playing until the late '60s. During this period the instrument became a vital part of the emerging fusion scene. Some of the electric guitar's most memorable work has come from a handful of rock guitarists who embraced jazz, like Frank Zappa on ...

Every now and then a CD comes along which is so bizarre it defies all belief. Each session on this reissue is unusual on its own terms, but when put together makes for a rather strange listening experience.

Sonny Sharrock burst onto the jazz scene in the late sixties with a head full of avant-garde ideas and a guitar which sounded like it was strung with barbed wire. Experimental in every sense of the word, Sharrock has created an album ...