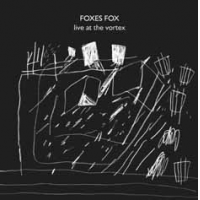 Foxes Fox--Evan Parker on tenor saxophone, Steve Beresford on piano, John Edwards on bass and Louis Moholo-Moholo on percussion--first came together as a quartet in 1998. Live at the Vortex is, however, only their third album, following Foxes Fox (Emanem, 1999) and Naan Tso (Psi, 2005). Unlike its predecessors, this release--captured in February, 2007--was recorded live in concert. While the studio recordings on those earlier albums convey the energy and immediacy of the group, this live recording manages to trump ...