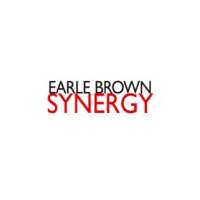 Never quite as celebrated as his New York contemporaries Morton Feldman and John Cage, Earle Brown was, nevertheless, a composer of exceeding brilliance. His music bespoke of breathtaking vistas, informed by his undying love of the New England of his birth as much as it was by his exceptional grasp of the immense fluidity of compositional form. A relative concrete expressionist, he is artistically descended from Edgard Varèse in that his work emphasized timbre and rhythm. In fact, the term, ...