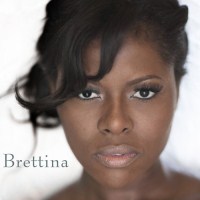 Blending efficiency and clarity into a self titled debut, Brettina projects herself as a vocalist with a defined focus on her music. Having written seven of the ten selections, her compositions reveal articulated nostalgia, laced with subtle personal drama. She sings as if relishing the role of messenger for people and places she left behind. Brettina hails from the Bahamas, and defines herself as an island girl, while musically branching out into metropolitan arrangements with strong jazz ...