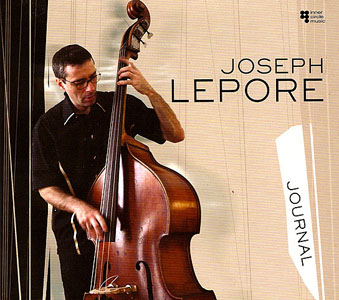 Written, arranged, and produced by bassist Joseph Lepore, Journal is one solid and reliable recording with a consistent and upright sound. As a leader, he joins his bass with tenor saxophonist Lance Murphy, vibraphonist Tim Collins, and rock-solid drummer Nasheet Waits. Lepore, born in New York, grew up in Italy, absorbing the jazz scene in Salerno and Rome. First noticed with saxophonist Rosario Giuliani, he was quickly recruited by Greg Osby when he moved to New York, and ...