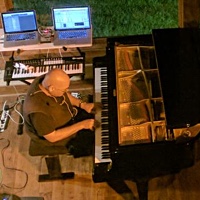 Robert Rich & Markus Reuter Streamside Concerts Arden, NC May 18, 2018 American ambient keyboardist Robert Rich and German touch guitarist Markus Reuter have known each other for over a decade, and produced two albums together. But they have never toured together until now, a short tour they are calling Flood Expeditions after their most recent record, 2017's Lift a Feather to the Flood. So far the real world weather has been laying the irony ...

In the field of ambient music there’s no one quite like Robert Rich. For 20 years now, he’s been bringing his nocturnal, eerie vision to the world through electronic music designed to alter consciousness, even when the listeners are asleep. Sunyata is a re-mastering of recordings made by Rich in 1981, when he was first experimenting with his “sleep concerts” at Stanford University, where he was then a student. Recently, Rich has been re-releasing his live concert performances from the ...

Inner Landscapes is a compilation of the “best moments" from one of Robert Rich's live music concerts in 1985. At that time Rich was producing all-night musical events at which people were invited to come and sleep as well as listen. The idea was to re-create, in a modern way, the ancient practice of “dream incubation" in which a seeker would lie down to sleep in a temple, hoping to receive enlightening dreams from the deity. So this is by ... 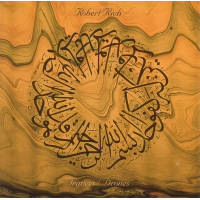 Gaining a descriptive foothold when reviewing ambient music is like collecting quicksilver into discernable word-shapes — an elusive moment frozen in time. When I sample over 142 minutes of Robert Rich’s Trances / Drones release and so set it to paper, then to disks, then to cyberspace — art loses its energy, I am wordless, stunned, drained.This 2-CD offering is 1982-83 Richscapes remastered in 1993 for re-release in 2000. Old wines hold a special treasure to be discovered ...