Henry Cow were an English avant-rock group, founded at Cambridge University in 1968 by multi-instrumentalists Fred Frith and Tim Hodgkinson. Personnel fluctuated over their decade together, but drummer Chris Cutler, bassist John Greaves, and bassoonist/oboist Lindsay Cooper were important long-term members. Michel Edelin has recently released an album on RogueArt celebrating the music of the band-on this show I compare the original Henry Cow music with Edelin's new interpretations. In between other recent releases. Playlist Michel Edelin ... 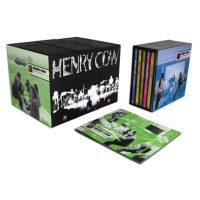 While modern recording technology and fast improving online distribution capability are making it easier to appreciate the full extent of today's artists' work, the same cannot be said about relatively short-lived groups from the 1970s. This is especially true of groups that, despite being in some cases remarkably influential, remain cult favorites with a relatively small but intensely dedicated fan base. A case in point is Henry Cow, a British group that began life in 1968 but didn't ... 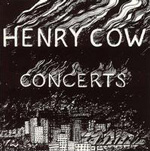 To paraphrase filmmaker Jean-Luc Godard, there's a fine line between making political music and making music politically. The members of Henry Cow understood the difference, and that's why their work has aged more gracefully than the once-revolutionary rants of so much “protest" rock.

Cow was first linked to the Canterbury Scene and later to the variegated Rock in Opposition circle. Their albums strongly resemble the more serious-minded efforts of Frank Zappa, specifically the cut-and-paste mélange of garage rock and woodwind-heavy ...

Whereas most “progressive" bands of the 1970s seemed to progress in the direction of ever-increasing virtuosity, in a manner not unlike the snake that consumed its tail and simply carried on, the members of Henry Cow were far stricter adherents to a truly progressive ideology. In the case of this live two-disc set--originally released in 1976 and recently reissued in expanded, remastered form--their approaches make for a body of music that serves as an overview of just how much ground ...