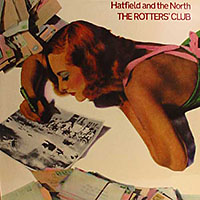 Hatfield and The North The Rotter's Club Esoteric Recordings 2009 (1975) Today's Rediscovery is a bit of a lie, because Hatfield and the North's second album, The Rotter's Club, is rarely far from some kind of media player for long. A group that never received the acclaim it deserved back in the day, the core group of keyboardist Dave Stewart, guitarist Phil Miller, bassist/vocalist Richard Sinclair and drummer Pip Pyle were accompanied, at least ... 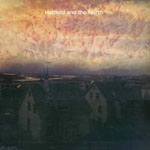 Amongst the more revered of 1970s Canterbury bands--including Egg, Soft Machine, Caravan, Gilgamesh and Gong--Hatfield and the North has always occupied a special place in the hearts of fans of this distinctly British amalgam of complex progressive music, singular lyricism and self-directed humor. A band that was seemingly over before it began, Hatfield and the North represented a major step forward for all its members; a group that seamlessly blended jazz-like improvisational abandon with detailed composition, occasional pop tendencies and ... 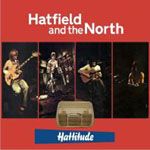 Hatfield & The North at Théâtre Gésu

Hatfield & the North Le Festival des Musiques Progressives de Montréal Théâtre Gésu September 15, 2006 A little-known fact is that when the progressive rock movement emerged in the late 1960s/early 1970s, the province of Quebec, Canada, was singularly responsible for breaking more than a few European groups in North America. Along with a number of lesser-known artists, better-known bands including Gentle Giant and Peter Gabriel-era Genesis not only attained their first North American footholds ...

It's hard to believe that Virgin Records, ultimately reaching questionable heights with Janet Jackson and the Rolling Stones, actually began life promoting progressive acts like Mike Oldfield, Henry Cow, and Hatfield and the North. With the exception of Oldfield, few groups would go on to great commercial success, but the truth is that both Henry Cow and Hatfield enjoy a cult-like status thirty years on that sees their small but significant catalogues continue to sell to new audiences tired of ...