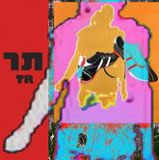 The discography of Israeli pianist Daniel Sarid is quite small. His last recording, Cries of Disillusion, a collaboration with close friends/saxophonists Assif Tsahar and Ori Kaplan, and American drummer Bob Mayer, was released in 2001, after a a trio recording under his own name, Pearls of Peril, both on the Israeli Earsay's Jazz label. Now, as one of the three managers of the Tel-Aviv alternative club Levontin 7 (together with Tsahar), he's founded a club label and debuts it with ...