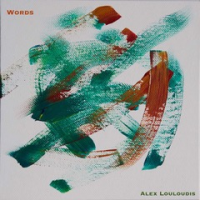 Greek drummer Alex Louloudis is an exciting composer with a refreshingly personal style. Classically trained, Louloudis has also received rigorous jazz education and, over a handful of years, has established himself as an integral member of New York's creative music scene. His second release, the intense and stimulating Words, exhibits his skills to the full. Released on the Belgian Off label, the album starts off with “Surviving" which features a two-tenor saxophone front line. The fiery intro is ...