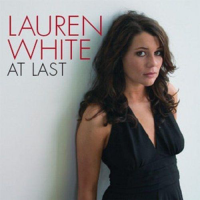 Musical suspicions are immediately raised when jazz singer Lauren White is described as a cross between Linda Ronstadt and Norah Jones. White is a twenty year-old native of Grapevine, Texas; a child prodigy singer from age four. She did, indeed, study with the same vocal coach as Jones, but the latter has little of White's smoky and seductive vocal assets as a jazz chanteuse. White performs Roy Orbison's “Blue Bayou"—which was one of Ronstadt's biggest hits—on At Last, and even ...