A classic movie needs a classic soundtrack, and composer and pianist Roy Budd delivered that with his music for Mike Hodges' iconic crime movie, Get Carter (1971). Without the opportunity of working with a grand orchestra, he made the most out of a low budget and tailored the sounds to the raw realism of the movie. The ethos of Get Carter was based on minimalism and it's perhaps surprising how little incidental music there is in a ... 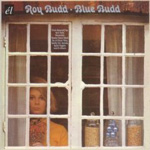 The programme, recorded between 1967 and 1970, consists of Budd leading small groups backed by strings arranged by Tony ...