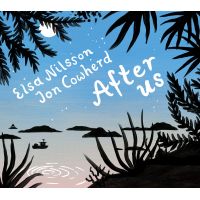 The music of Swedish/American flutist and composer Elsa Nilsson is widely influenced, interconnecting and transcending cultural boundaries from Sweden, to northern Europe, through the heart of American jazz, and stretching south to the sounds of Rio de Janeiro. She willfully takes the leap from one musical outpost to another without compromise, along the way finding interesting and original space to be uniquely herself. This leads to some unconventional aspects of her approach and where the music ultimately travels. She dares ...