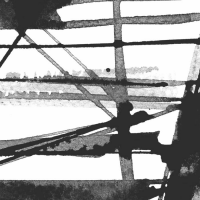 Muster consists of electric guitarist James O'Sullivan from South London and electronicist Dan Powell from Brighton, some fifty miles away. This duo was formed accidentally in November 2016, when Powell was supposed to be playing in another duo as part of a Catford Constitutional improv night; the other member couldn't make it, so Powell and O'Sullivan formed an ad hoc duo, having previously played together at the London manifestation of the Long Half Day, twelve hours of continuous improvisation with ... 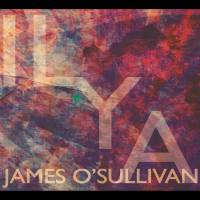 It is a great pleasure to welcome the release of IL Y A by London improvising guitarist James O'Sullivan. An active member of the London improv community, including being a long-standing member of Eddie Prevost's highly influential weekly workshop, O'Sullivan released his first album in 2009. During the years 2011 to 2014, he averaged two releases a year, including his first solo album Feed Back Couple (Forwind, 2011) and several albums in the company of Thanos Chrysakis and Jerry Wigens. ...