Formed to accompany the short-film documentary Dutch Harbor in 1996, the Boxhead Ensemble has since grown beyond its modest origins. In addition to its leader, guitarist Michael Krassner, the group has featured a diverse cast in various incarnations over the past decade: Ken Vandermark, Jeff Parker, Will Oldham, Edith Frost and members of Wilco and the Dirty Three have all appeared under the Boxhead roster. 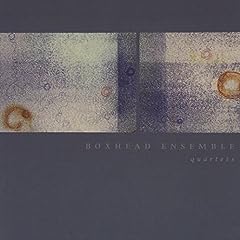 Some musicians rely upon unremitting clarity to communicate their ideas. But ironically, a bit of murkiness can work quite well to accomplish the same end. The second Boxhead Ensemble release, Two Brothers, is murky in the extreme, yet it works just fine. The stated intention of the disc is a revisitation of mid-19th century American music, and Two Brothers certainly reflects an aspect of folk simplicity--at times bordering on the naive.