In the first part of this week's show, we pay tribute to two great musicians whose anniversary of the passing falls in late September, Jaco Pastorius (September 21st) and Miles Davis (September 28th). The show opens with a take on Miles' Bitches Brew recorded live in Brussels by Belgian drummer Antoine Pierre. Tune in for that and much more. Enjoy the show! Playlist Antoine Pierre “You Nod But You Ain't" Suspended-Live at Flagey (Out Note Records) ... 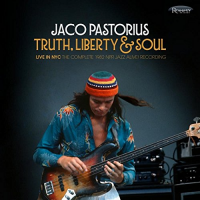 These days, there's a plethora of recordings, originally made for radio or television broadcast, being released by labels ranging from thoroughly legit to highly suspect. In some instances, these are real archival finds; true gold, mined from hours of hours of recordings, lovingly restored and packaged. In other cases they're clearly nothing but money grabs. Capitalizing on old contracts with holes in them the size of a Mack truck, these cheaply packaged, sonically acceptable but far from stellar releases muddy ...

Bassist Jaco Pastorius could be considered the American music Van Gogh, a romantic figure so much bigger than the broken body that died from a severe beaten received outside of Midnight Bottle Club in Wilton Manors, Florida, September 11, 1987. That image simply does not jibe even remotely with the music presented on Truth, Liberty & Soul: Live in NYC The Complete 1982 Jazz Alive! Recording. Then again, it never was supposed to. Only a brief five years ... 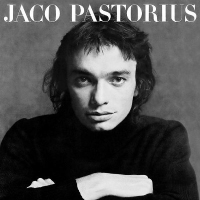 For any serious fan of jazz fusion, the release of Jaco Pastorius' debut solo album should have come as no surprise. Largely self taught, by 22 he was already teaching bass at the University of Miami, where he forged a strong friendship with guitarist Pat Metheny, one which would lead to the two eventually recording together, issuing a little known LP (simply titled Jaco) in 1974. But it wasn't until he became a member of fusion pioneers Weather Report that ...