For more than two decades, Brad Tolinski has been the editor in chief of some of the most popular and successful music magazines in the world: Guitar World Magazine, Guitar Aficionado and Revolver. In 2012 these three magazines were purchased by publisher NewBay Media and shortly after that he was named Editorial Director of the Music Group, that also has several other U.S. music titles, including Guitar Player, Bass Player, Electronic Musician, Keyboard Magazine and Mix Magazine. Over the years, ... 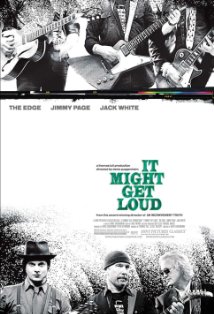 The Edge, Jimmy Page, Jack White It Might Get Loud Sony Pictures Classics 2009 In the hands of the right people, musical instruments become more than just objects for producing sounds. They become cultural icons symbolizing eras and styles in music. There is no other instrument in this modern age that has been so widely used as the guitar. Even the computer stands in its shadow. The guitar is the instrument of ...

Jimmy Page & The Black Crowes: Live at the Greek Excess All Areas

In this day and age, one can log onto the Net, read a review of a new release at www.allaboutjazz.com, immediately listen to and buy music which, in the case of Live at the Greek, is a customizable pressing (self-choose number of songs, track selection, sequence) replete with artwork / booklet and then retire to the kitchen for a bite to eat. Soon enough, this INTERNET ONLY release arrives at the doorstep and one could (though I’m not condoning it) ...