Extraordinary Popular Delusions: Apocryphal Fire in the Warehouse, and Other Explanations 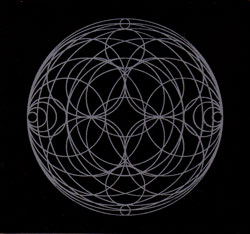 The hit-and-miss improvisation of Extraordinary Popular Delusions has to be admired. The quartet's instant composing (or group improvisation) often begins like a psychodynamic free association, with the players relaying whatever comes into their minds. This music making without the censorship of preplanning or forethought can yield gems or germs.

EPD band, whose previous release was Extraordinary Popular Delusions (Okka, 2007), has the advantage here in its free associations. The group has held a weekly gig in Chicago for the past six years to refine its on-the-spot music- making. The music is born out of saxophonist Mars Williams, bassist Brian Sandstrom and drummer Steve Hunter's early experience with Hal Russell's NRG Ensemble and the new Chicago wave of improvisers. Baker's unique sound has been heard in the celebrated Caffeine Trio and in Ken Vandermark's Territory Band.

Apocryphal Fire in the Warehouse, and Other Explanations leaves no doubt that this is a bar band, but a free improvising bar band that can jump into a mash- up of noise like "Contention; (Or: Scattered Amidst The Scattergrams)," with Sandstrom walking his bass over some electronic plinks and plunks until Williams decides to tear the house down via his tenor saxophone chainsaw. The band responds with its own turmoil, the bassist sawing a girl in half and Hunt working the cymbals. That electronic experimentation is heard on several other tracks with Sandstrom switching to electric guitar. Sometimes the band favors no rhythm, other times the pulse is carried by the hesitation of thought. When things go unplugged, as on "Screen Door Slam," the acoustic sound is reminiscent of Matthew Shipp or Marilyn Crispell. The quartet plays with great energy, and without compunctions: don't like this turn, they'll move on to something completely different—and soon.

Cold Child, With Fedora; Treadmill To Obliviousness; Screen Door Slam; Apocryphal Fire In The Warehouse, And Other Explanations; Juneteenth Transliterated Into Ideograms; ...Except These Wood-Nymphs Are Made Of Styrofoam...; Contention; (Or: Scattered Amidst The Scattergrams); "He Kept In Touch With The Sea By Telephone."