By MARK CORROTO
December 30, 2013
Sign in to view read count 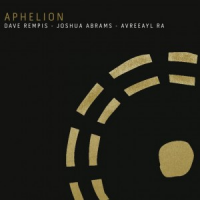 The blossoming of an artist is a beautiful thing. In order for a musician to thrive in today's jazz world, he must be willing to operate in multiple lineups, go on book tours, organize other musicians' shows, and record and promote his own music. A tall task, but saxophonist Dave Rempis has made the jump from sideman to entrepreneur with applause.

The trio recording Aphelion and duo Second Spring are the third and fourth releases on his artist-run Aerophonic label. Following the searing Percussion Quartet double live record Phalanx (2012) and the chamber jazz trio Wheelhouse Boss Of The Plains (2012), these discs expand in different and new directions.

Just like his mentor Ken Vandermark, who introduced Rempis to a larger audience with his inclusion in the Vandermark 5, Rempis' interests and music have expanded outward. He leads the two-drummer Rempis Percussion Quartet, Wheelhouse, Ballister, The Engines, and performs in duo with drummers Frank Rosaly and Tim Daisy, who is heard here. He continues his association with Vandermark, participating in The Resonance Ensemble, the Topology Nonet, and the Territory bands.

Percussionist Tim Daisy is perhaps Rempis' closest collaborator, appearing together first in the Vandermark 5, and now in multiple bands. While Second Spring is their second duo recording, following Back To The Circle (Okka Disc, 2005), it is obvious that they have performed hundreds of gigs in duo. The connection and communication heard here has a free-flowing fluency. The six improvisations range from the energy blast of "Three Flags" to the circular breathing ruminations of "Numbers Lost." The pair have so many pigments to draw from their palette of sounds, that this session never drags. Daisy has an ever restless mind and body, always fidgeting with sticks, metal objects, pads, and cymbals. His perpetual motion approach to percussion suits this duo by prodding Rempis with energy, ideas, and splashes of humor. "Frijoleo" begins with Daisy reorganizing his closet of sounds and Rempis barking some chittering baritone passages before tearing through a colloquy of sound. The saxophonist rarely blows notes to burn a match, he strings his thoughts together almost as if he were composing a quatrain. His musical logic becomes versified, organized, and can bridge the worlds of free jazz with composed music. The short (2:43), contemplative "For R. Barry" draws upon a John Coltrane-tenor sound as a tribute to the AACM drummer. The disc ends with "Gerosten And Gesalten" a deliberative and breathy piece that scatters percussion debris onto lengthy saxophone notes to create a topographical environment that could almost be a prayer.

Rempis maintains that spiritual side with his newest trio of bassist Joshua Abrams and percussionist Avreeayl Ra. The former drummer for Sun Ra can be heard of late with bassist Harrison Bankhead and in Nicole Mitchell's ensembles. Abrams, an in-demand bassist, performs with drummer Mike Reed, Rob Mazurek, Hamid Drake and with Living By Lanterns.

The four minute opener, "Ruah" guides the listener through gentle overblown alto, serenely bowed notes, and sympathetic brush work. This trio's interaction stresses pulse, flow, and temperature variations. The two lengthy remaining tracks journey through differing landscapes and emotions. "Noria" opens with bowed bass and more brush work. Rempis' alto sings a blues-full lament before burning through a bit of energy jazz that would make Peter Brötzmann smile. In response to the surge, Abrams switches to notes pulled from his bass and Ra to drumsticks. The piece moves in an arc, Rempis switching to baritone and continuing his sonic assault. With "Saqiya" Abrams picks up his guimbri, and the sounds move to North Africa. Rempis responds with an eastern touch and the percussive pulse circulates and renews itself throughout the 21-minute improvisation. Ra is a colorist here, maintaining a constant aura and rhythmic flow. The potential for this new trio is infinite. Hopefully, there will be more where this came from.