Andy Bell and Howard Jones at the Paramount 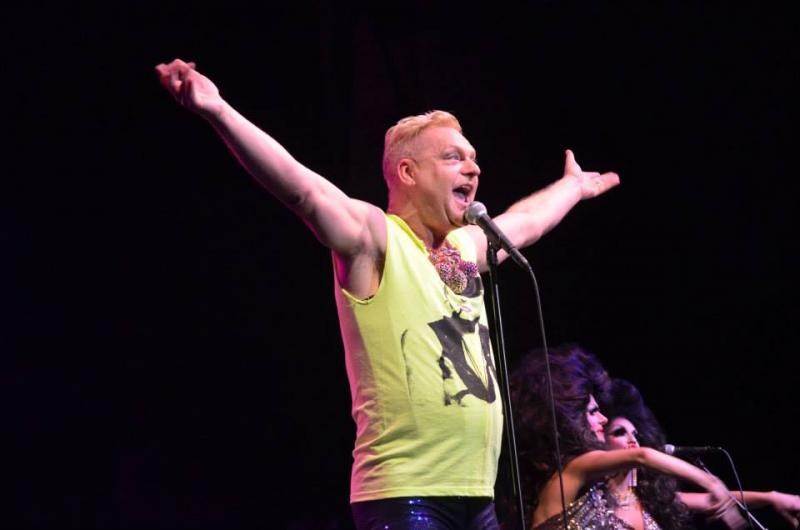 On a pleasant August evening, the Regeneration Tour touched down in Huntington, New York and turned back the hands of time to the mid to late '80s and early '90s. Andy Bell (of the hit-making modern rock outfit Erasure) and Howard Jones treated the multi-generational crowd to an evening of dancing and singing along to hits that left them wanting more.

The evening began when Howard Jones, wearing astronaut-like silver garb featuring a long blazer and pants with a white shirt and sneakers, was introduced by former WLIR (one of the first modern rock stations in the U.S.) Program Director Dennis McNamara. He and his band (keyboardist Robbie Bronnimann and Jonathan Atkinson on electronic percussion) confidently played the fittingly titled "Welcome to Conditioning," which had the desired effect as the crowd leaped in and immediately began to dance. Sadly, the sound was a bit muddled for the initial song. The sound was better for "Pearl In A Shell," and was completely rectified as the trio roared into "Like to Get to Know You Well." The audience, which was visibly thrilled to be there, seemed to swell when the sound was enhanced and fixed. Jones seemed relieved as well. His body language relaxed and the performance of the song was joyous and engaging.

The singer stepped out from behind his keyboard and strapped on a keytar. He and the band began playing the next number only to be interrupted by the unmistakable sound of a fire alarm. Though the venue was not cleared, the performance was interrupted for fifteen minutes as the Huntington Fire Department determined that it was a false alarm. When Jones, Bronnimann and Atkinson returned to the stage, the remainder of their set was a virtual greatest-hits performance. "Life In One Day" was followed by "What Is Love," during which Jones stepped out to center stage to shake hands and interact with those standing closest to the stage. 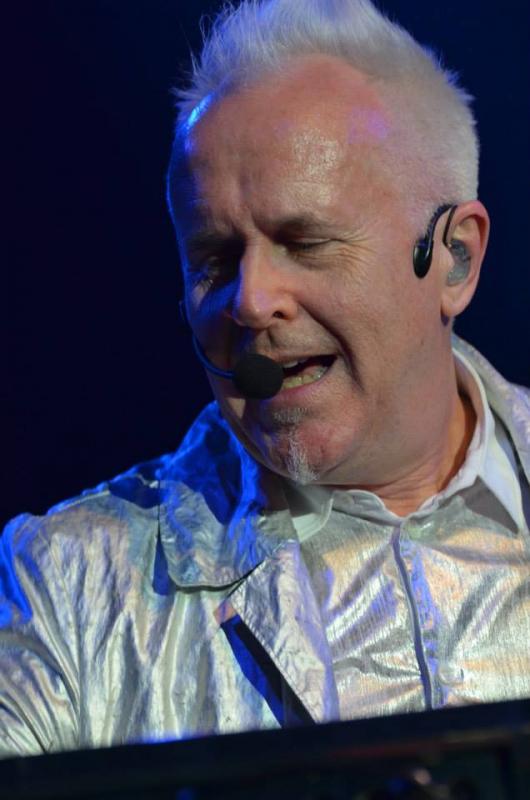 For "New Song," Jones again played keytar. He made some interesting choices with this song, altering the intro by slowing it down for the "I've been waiting for so long," lyric and then picking up the tempo for the remainder of the song. During "Everlasting Love," the crowd to joined him on the call-and-response portion of the song during which the crowd sang the "wait for it, wait for it, give it some time," verse.

Jones' final song was "Things Can Only Get Better." Again, the singer made an interesting choice by playing the dance version of the song. The beginning was stripped down and then built into a longer remixed version. The audience, which held members in their mid-forties to early-fifties (many of whom appeared to have brought their now adult children) ate it up, danced, shouted and sang along as Jones brought his abbreviated set to a close.

After a short intermission, during which the stage was reconfigured for Andy Bell's performance, McNamara again appeared, this time along with Sirius radio personality and former WLIR disc jockey Larry the Duck. The duo announced to the crowd that they were in for a treat. They introduced Andy Bell by stating that Vince Clarke had joined Bell on stage the night before in New York City, although they quickly backtracked and added that Clarke was not going to be in Huntington, but that Bell's show would be amazing. And it was.

Bell arrived on stage wearing an outfit that had to be seen to be believed—red women's sky-high heels, skintight blue pants, a sleeveless yellow t-shirt featuring Madonna in leather and an S&M cap, smoking a cigarette, topped by a leopard frock and an oversized costume jewelry necklace. His flair and flamboyance was unmistakably on display—in addition to his minimalist backing band, Bell's performance was buoyed by the appearance of two drag queen back-up dancers called "The Fembots" (one of whom was named Chantel Do-Tell) who added to the merriment and spectacle.

The early portion of Bell's set (during which he danced and sang his way from one side of the stage to another) featured quite a few Erasure songs ("Breath Of Life," "Ship Of Fools" and "Always") and some of his stronger solo offerings, including "Electric Blue" from his solo debut of the same name (Sanctuary, 2005).

The later part of his performance was almost entirely comprised of Erasure tunes: "Stop," "Chorus" (from the Sire Records 1991 album of the same name), "Blue Savannah" from Wild! (Sire, 1989), and "Chains of Love" from The Innocents (Sire, 1988) were all greeted with applause.

He quickly exited the stage. In a matter of moments he returned, announced that he was taking off his heels, which earlier in the evening he had reported were pinching his toes. He then played his encores and the audience, who had reached an almost rapturous level, danced and ran wild back and forth around the large dance floor. The encores were highlighted by a virtuoso performance of Erasure's "A Little Respect," on which the audience joined in on high notes (though Bell clearly didn't need their help).

The Regeneration Tour was aptly named. The evening was a revival of sorts. Audience members were able to turn back the clock and show the younger members (many of whom arrived with their parents) what they were like and how they danced the night away during their younger days, and the musicians all appeared happy, content and triumphant as they left the stage. If the smiles on exiting audience members' faces was any indication, they were thrilled by the performances.