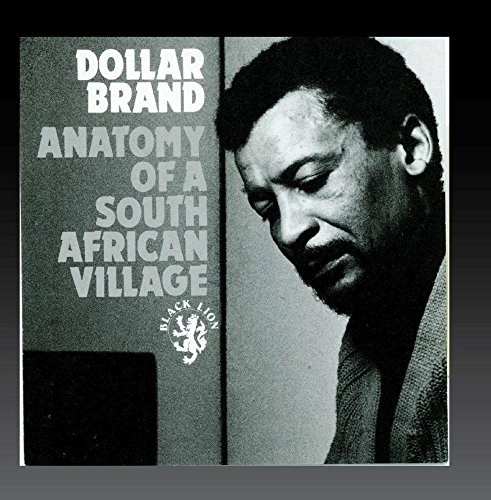 The best the world has to offer...

It is in honor of the anniversary of free elections in South Africa that these reviews were commissioned. This article is dedicated to Mr. Abdullah Ibrahim and Mr. Nelson Mandela.

Abdullah Ibrahim, aka Dollar Brand, born Adolph Johannes Brand, was born in Cape Town South Africa in 1934. He is credited with taking part in the first jazz recording session in South Africa, a date where he joined American pianist John Mohegan for Jazz in Africa. Since that time, Ibrahim has traveled widely, finally dividing his time between New York City and Capetown.

and Ekapa Ludumo are creative examples of music from early in Ibrahim's career ( Anatomy... ) and late in his career ( Ekapa... ). The former of these discs is a trio recording captured in 1965 at the Montmarte Jazzhus in Copenhagen. It contains Ibrahim's extended composition "Anatomy of a South African Village," originally scored for orchestra and performed by the Danish State radio Big Band. Here the composer treats the listener to the piano trio reduction. In its original version, "Anatomy..." was a five-part tone poem ( Spring Morning, To Work, Mamma, Portrait Of A Bushman, And Which Way? ). Presented here is the entire piece followed by a hyper-Monk "Smoke Gets in Your Eyes" followed by a reevaluation of "Mamma" from "Anatomy..." The disc finishes up with a multi-part suite. The music is primal and sophisticated, full of poly- and cross rhythms. Ibrahim shows the sensitive influence of Monk and Ellington. The pianist could be considered the musical link of amalgam or both.

Ekapa Ludumo was recorded live in Hamburg in June of 2000. Ibrahim introduces each piece and all compositions carry his distinct mark of South Africa and World Music. None of Ibrahim's charm or danger is lost in the orchestral arrangements. Ibrahim pilots from the piano bench, his earthy playing never buried by the band. Steve Gray and Fritz Pauer effectively arranged the music for orchestra. The result was the aroma of Ibrahim's rhythmic themes in the rich broth of the big band. Most effective are the pieces with the band in full swing, "Black and Brown Cherries" and "Duke 88," though the quiet fare of "Kramat" has its fine appeal.