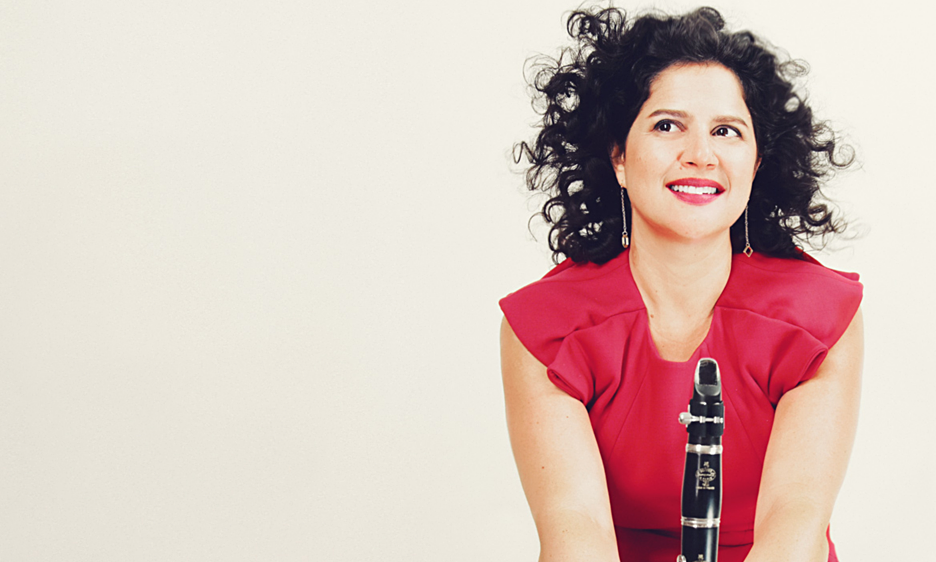 We're exploring. It's incredible how I like the encounters with other musicians. &#151Anat Cohen

In the 1983 Woody Allen film Zelig, the pseudo-documentary's main character is a man who, out of a desire to fit in, takes on the characteristics of the people he happens to be around, including, in chameleon-like fashion, turning up as a black jazz musician in Chicago. (The character, played by Allen, is white).

Since arriving on the New York City scene in 1999, via Tel Aviv and the Berklee College of Music, Anat Cohen has exhibited qualities in music where one wonders where she is going to be next—musically—and what group of musicians she will be associated with. She plays Brazilian music like she was born there. She swings her ass off with George Wein's all-star band. If you can't feel her when she blows some blues, a physical examination may be in order. However, unlike the movie character, whose changes came through neurosis, Cohen's choices spring from her wide-ranging tastes, her unabashed passion for all kinds of music—and the courage of her convictions to pursue them.

She plays in every genre with unbridled joy. Anyone who has seen this wonderfully talented reed player on stage can't help but be touched by her elan.

"What keeps me content musically is the fact that I try to put myself in different musical situations and I enjoy them all equally," says Cohen, who has won most every major poll as jazz music's top clarinetist for many years now. Making music with others, as long as it's good music, is what drives her. She admitted, speaking from her New York City home recently, that while she enjoys getting off the road and being at home—it gets to her after awhile and the urge to make music with others tugs at her sleeve.

"When I come back I'm going to be home for a couple weeks," she says a few days before a gig in Vermont with one of her bands, Choro Aventuroso, "which is so exciting. But if I have two or three days at home, I'm like a fish out of water. I don't know where to start. I get overwhelmed by all the things I need to do. There's something nice when you go on the road. There's only a set amount of things you can take care of."

"This is the profession we've chosen. It's fun. It's busy. I want to be making music with other people. Every time I don't do it, I start wondering what am I doing with my life? When the real moment of playing—it can be just yesterday when I was rehearsing with one of the bands, Choro Aventuroso. We got together. We sit around the table and we play. It's such a beautiful human encounter and musical encounter. It gives a whole meaning to that day to life. You sit and play and you realize, 'Wow. We're alive. We're here.' We're doing something we love to do and we're communicating and having fun. We're exploring. It's incredible how I like the encounters with other musicians. It gives meaning to my life. Some people do better on their own. I like the social gathering around the music."

It's heartfelt and genuine.

She's also prolific, having released three well-received recordings in 2017—two on the same day—and another this year. The first two Outra Coisa and Rosa Dos Ventos (Anzic), were nominated for Grammys, for Best Latin Jazz Album and Best World Music Album, respectively. Outra Coisa finds her exploring the music of the Brazilian musical genius Moacir Santos, with guitarist Marcello Gonçalves. Rosa Dos Ventos consists of various styles of music by Cohen and Trio Brasileiro. Later in the year, Happy Song (Anzic) came out with a new band that provides her with more possibilities—the Anat Cohen Tentet. The CD touches on many genres and Cohen handles them expertly.

This year, a duet with pianist Fred Hersch was released, Live in Healdsburg (Anzic), recorded at a California club. That one wasn't so much planned. It came about by listening a recording of the show—then running with it.

"The first time we played was maybe 2012," she says of her collaboration with Hersch. "He called me to do the invitation series he does every year at the Jazz Standard. He does duos every night with a different artist. We had a wonderful, magical encounter. We both realized we liked playing with each other. The next time, I called him to play with me. We started calling each other on different occasions. In 2016, we did a mini-tour on the west coast. One of them was at the Healdsburg Jazz Festival. We were playing a show and the sound man said, 'If you want I can record it.' It's nothing we planned. We said, 'Sure. Go ahead.'"

It turned out to be a good decision, as the recording clearly shows the chemistry and immense talents of both. The disk covers jazz tunes.

"In any encounter, different people bring different parts of our personality out. I feel like when we play together, it's very elastic circumstances," Cohen says. "You an go in any direction the music wants to go. Fred is so colorful. It sometimes goes from so deep and serious and introspective to really free and obscure. I like the flexibility. There are so many colors in his playing. It's never the same. It's really creative. He would go with my ideas. It's great, musically. We're having a conversation. One of the things we both like is that it's very natural. We're not trying to play in any specific style or play in any specific way. There is never a discussion. We just start a tune and it becomes what it wants to be in the moment. It's a wonderful experience."

The recordings from 2017 travel through a variety of genres and influences. Cohen is at ease during every twist and turn. It's unusual for an artist to put out more than one disk over a year or so. Cohen doesn't think about that from a marketing standpoint. She makes a recording of what is happening at that time, then moves on. It's important to her that the documentation of that experience be heard in that same time frame.

"There's a way to look at it from business and marketing and your planning. And then there's the creative life, the musical life. It's what I do. It just happened to be that all those albums happened about the same time. We decided to just go for it. That's the advantage of owning my own record label [Anzic Records] with Oded Lev-Ari. He has good thoughts about how to do things and I'm very pleased with the way they came out. Even though there are a lot of albums at the same time. It worked out. Otherwise, if you wait and have just one recording a year, it takes four years to get them out. Maybe they aren't even valid by that time. I'll be doing something else. I rather have it be, "This is what I'm doing now.' Next year I may be doing something else."

"I've put out things that are more traditional jazz. Some are on the Brazilian side. Different flavors. It's all part of who I am. Why wait, it I can put them out? Today, there are not just physical albums. People get to hear things on Spotify and iTunes music. It's nice to have those things available. It's nice that some got recognition. Two albums were nominated for Grammys. I was very proud. We did put those out on the same day in the U.S. And it got some attention. So, hey, I'm happy."

Lately, one of the things that makes her happy is her newest band, the tentet, developed with Oded Levi-Ari, a talented composer and arranger she has known since high school in Israel, "my mastermind," she says gleefully. In 2016, the pair were talking about music and how 2017 would be the 100th anniversary of the first clarinet recording, by the Original Dixieland Jass Band. "We thought let's do something that surrounds the clarinet. If we think of 100 years of clarinet recordings and what we can do—We can basically do anything, from traditional swing music, to classical music, to klezmer music, Eastern European, South America. You can go to a lot of different material," says Cohen.

To cover the ground they wanted to cover, they envisioned more instruments—a broader pallet they could draw from for the musical tapestry that would take shape.

"To play Brahms, a trio with a piano and a cello and a clarinet. Then play some klezmer music. You need the drums and the bass and maybe some percussion. Maybe the accordion for the music of Brazil. Then some big band traditional, you need some horns. Through that, we picked up the instrumentation for the tentet."

"We got together to see how it feels. Right from the beginning it felt wonderful. The music started to shape itself by the personnel of the tentet. Oded contributed some beautiful orchestrations specifically for the band. Some things are a little more loose. Some things I contributed. Eventually the album Happy Song, which does have this little journey. It has some funk, it has some klezmer, it has some swing, a little nod to Benny Goodman, a little Brazilian, a little African music. It has a little bit of everything."

"The tentet gives me the flexibility to do all those things I want to do. We either write it specifically in an arrangement. But also to be free to sculpt the music on stage through the flexibility of the musicians I choose. And to create something in the moment, because some moments when we play are completely open and I can just conduct the band, which feels great. And if I need a sound, we have enough musicians in the band to create something that I can really wail with the clarinet on top of the band. So it goes from rocking to soft ballads. I love being on stage with these guys."

The first woodwind instrument for Cohen was the clarinet. She left it for a few years when she was starting out, because at the time it not in fashion, more linked to early, traditional jazz. But it changed over time and is now her main axe.

"All of the albums we are talking about, I play exclusively clarinet, in the last two years. Also when I tour," she says, "Now the tenor is there. It's waiting. I do get to play the soprano here and there. Right now the focus has been the clarinet."