By ROBERT GILBERT
December 22, 2002
Sign in to view read count 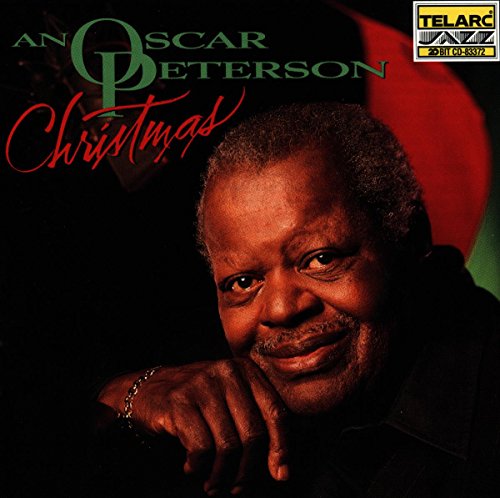 Like a delicious holiday turkey, An Oscar Peterson Christmas is nothing fancy, but easy to digest and something to look forward to every year. The legendary Canadian pianist works his way through fourteen Christmas standards with a quartet featuring Lorne Lofsky on guitar, Dave Young on bass and Jerry Fuller on drums. Guesting on a couple of tracks each are Dave Samuels on vibraphone and Jack Schantz on flugelhorn.

Arranger Rick Wilkins sweetens a few of the tracks with a string ensemble that is for the most part unobtrusive, but adds some colour to what Peterson and his cohorts are doing.

On many tracks, Peterson locks into a lightly swinging, finger-snapping groove that casts even usually melancholic songs like “Have Yourself a Merry Little Christmas” and “I’ll Be Home For Christmas” in an upbeat light. He also fashions some of the tunes with nicely arranged introductions, such as a bewitching repetitive figure on “Jingle Bells,” and something straight out the book of Miles Davis on “God Rest Ye Merry Gentlemen.” Solo space for both Peterson and Lofsky is limited, but both make the most of it, especially when they dig into the changes on “Winter Wonderland.”

While Peterson and the band sound like they’re having a ball throughout most of the album, the moments of levity are broken up by flashes of seriousness. A leisurely tempo is adopted for the Sinatra chestnut “The Christmas Waltz,” as well as “White Christmas” and this choice results in two moving ballad performances. For many of the album’s traditional carols, Peterson just concentrates on melody and forgoes any improvising. This very un-jazz like approach only really works on “Silent Night” and tends to bog down an album which is primarily upbeat.

On the surface, fun and reverence seem to be contradictory, but both emotions are rooted deeply in the Christmas season. It is a time to draw near to friends and family and to break away from the hustle-and-bustle of the rat race. But, it is also a time to reflect and count blessings. Intentionally or not, Peterson has created an album that captures both emotions.

God Rest Ye Merry Gentlemen; What Child Is This?; Let It Snow; White Christmas; Jingle Bells; I'll Be Home For Christmas; Santa Claus Is Coming To Town; O Little Town of Bethlehem; The Christmas Waltz; Have Yourself A Merry Christmas; Silent Night; Winter Wonderland; Away In A Manger; O Christmas Tree