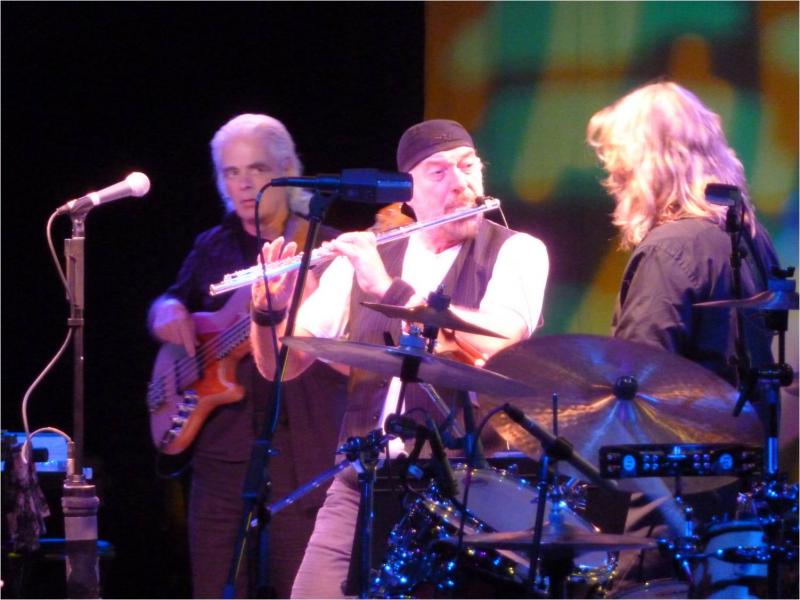 On this warm, Wednesday evening, the day prior to Thanksgiving 2010, Ian Anderson and his top-notch band consisting of bassist David Goodier, keyboardist/accordionist John O'Hara, drummer Scott Hammond, and German-born lead guitarist Florian Ophale thrilled the Long Island faithful with a semi-acoustic set at the NYCB Theater (formerly the Westbury Music Fair). Billed as an "An Evening with Jethro Tull's Ian Anderson," the performance began at precisely 8pm. The concert, which was divided into two sets with a 20-minute intermission, consisted of inspired reworkings of the familiar fan-favorite Jethro Tull catalog; some newer tunes; some obscurities; and a song so new that it hadn't yet been titled, as well as "The Story of the Hare Who Lost His Spectacles," from A Passion Play (Chrysalis, 1973),which was spoken and acted out by Anderson. 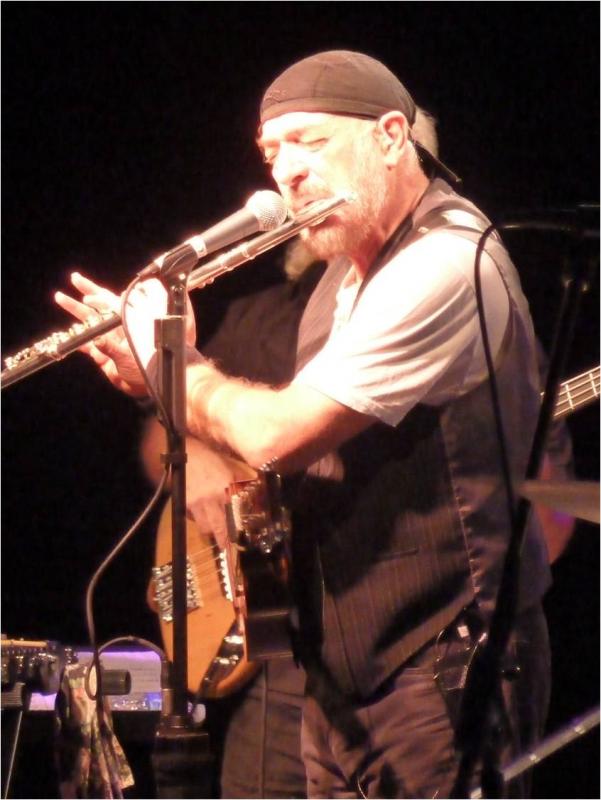 Always the showman, the 63-year-old Anderson held the crowd in the palm of his hand as he regaled them with his tales of living on his farm in England, his wife, his family and famous son-in-law (actor Andrew Lincoln who is starring as Deputy Rick Grimes on AMC's The Walking Dead), his love of classical music and former band members. Opening the evening strumming on a small acoustic guitar, Anderson plucked his way through "Life's a Long Song" before switching to his signature flute. The first set also included the rarities "Up To Me" and "Nursie," and the solo offering, "In the Grip of Stronger Stuff," which can be found on his solo recordings Ian Anderson: Divinities—Twelve Dances with God (EMI, 1995) and Ian Anderson Plays the Orchestral Jethro Tull (XYZ Music, 2005). Anderson and the band rounded out the first set with "Hare In the Wine Cup," the spoken-word "The Story of the Hare Who Lost His Spectacles" and a truly amazing and moving take on Bach's "Prelude in C Major," which segued into "Bourée," from Jethro Tull's Stand Up (Chrysalis, 1969).

Following a short intermission, Anderson and his stellar band returned and delighted the crowd with a very precise and crisp version of "Thick As A Brick." Anderson then explained that Florian Opahle would be playing an instrumental. The young guitarist then proceeded to reinvent Bach's "Toccata & Fugue in D Minor" in what can only be described as jaw-dropping fashion. Opahle's hands moved fast and fluidly across his electric guitar while the audience sat mesmerized by his virtuosity. The evening was rounded out with a trio of Jethro Tull favorites: a beautiful version "Budapest" from the 1987 album Crest of a Knave (Chrysalis) and the two songs that many members of the audience spent the entire evening waiting for the band to play: "Aqualung" and "Locomotive Breath" both of which were from the Aqualung album (Chrysalis, 1971).

As anyone who was in attendance can attest, even after 40 years, Anderson, the charismatic front man, still has a knack for taking familiar tunes and reinterpreting them, while breathing new life into them by delicately incorporating new musical ideas and instrumentation (castanets, accordion and bongos to name a few). The addition of this new instrumentation, along with Anderson's flute playing, and witty and erudite lyrics, combined with the artistry and majestic highs and lows of the source material made for a completely magnificent evening that left the audience satisfied but, nonetheless, wanting more.