By BOB BERNOTAS
April 9, 2015
Sign in to view read count
Of the many members of the saxophone family, the alto and tenor have emerged as its most prominent siblings. From the mid-1920s onward, many big band alto saxophonists have filled a dual role, best personified by the multi-talented Benny Carter, serving as the lead voice in the saxophone section as well as a featured solo improvisor. During that same time, Johnny Hodges began to reveal the alto's soulful, sensual character, applying the instrument to both ballads and blues.

Although the tenor may appear to be the most dominant of the saxophones, the alto has played a leading role in the evolution of jazz since the Swing Era. One of the two most influential bebop pioneers of the 1940s was an alto saxophonist, Charlie Parker, whose harmonic innovations helped revolutionize jazz and whose assertive approach and forthright timbre opened up new avenues of expression for the horn. At the end of the 1950s Ornette Coleman excited some listeners and musicians, and infuriated others, when he paved the way for the jazz avant-garde by abandoning chord changes and playing his (plastic) alto in a highly idiosyncratic and vocalized manner.

It is not unusual for saxophonists to double successfully on alto and tenor—Sonny Stitt, James Moody, David "Fathead" Newman, and Frank Wess, for example. But at the same time, many others, such as Paul Desmond, Lou Donaldson, Cannonball Adderley, and Jackie McLean, have chosen to concentrate on this smaller horn, exploring and expanding its unique and diverse expressive qualities. Lyrical, funky, strident—in the hands of modernists like these the alto saxophone has been, and will continue to be, a versatile and ubiquitous contributor to the language of jazz.

This master of ballads and blues joined Duke Ellington in 1928 and, except for a four-year hiatus in the 1950s, remained until his death in 1970. This collection includes many of Hodges' best features with the Duke, plus a gorgeous "On the Sunny Side of the Street" with Lionel Hampton's all-stars.

Composer, arranger, bandleader, multi-instrumentalist, Carter, in his long career, has mined many musical gems. This four-saxophones-plus-rhythm date is one of them, with wonderful playing by Carter and his illustrious colleagues (Coleman Hawkins and Charlie Rouse on tenor, Phil Woods on alto) and lush section writing. 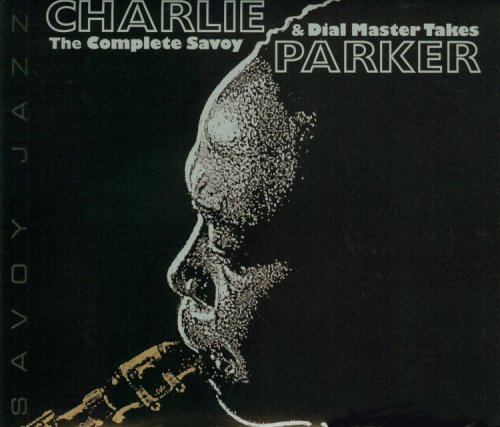 One of the most influential musicians in the history of jazz, Parker left behind a huge legacy in his short time here. There is no better introduction to Bird (or bebop) than this definitive three-CD set that includes such classics as "Koko," "Now's the Time," "Ornithology," "Yardbird Suite," and "Parker's Mood." 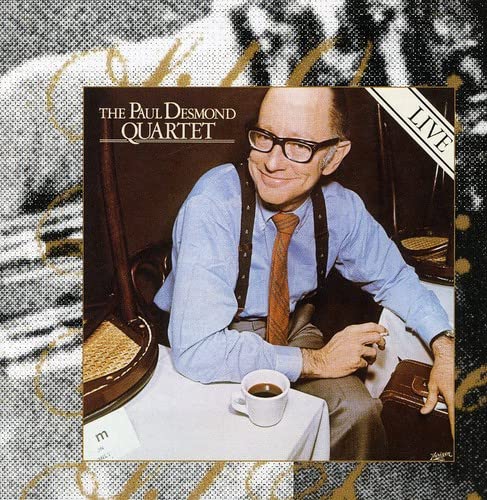 With a sound like a dry martini and a wit to match, Desmond was in every way a jazz original. He made his mark in the 1950s with pianist Dave Brubeck's quartet, but seemed to play his best in piano-less settings, as he does on these live quartet recordings that overflow with lyricism and intelligence. 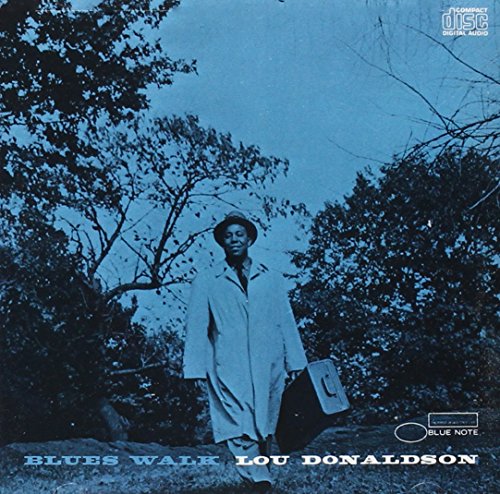 The always reliable Donaldson stands tall as the essential hard bop alto player. This no-nonsense date offers a pair of genuine classics ("Blues Walk" and a groovy "The Masquerade Is Over"), some take-no-prisoners bebop, and a pretty ballad, while Ray Barretto's congas give the band a pleasing lift. 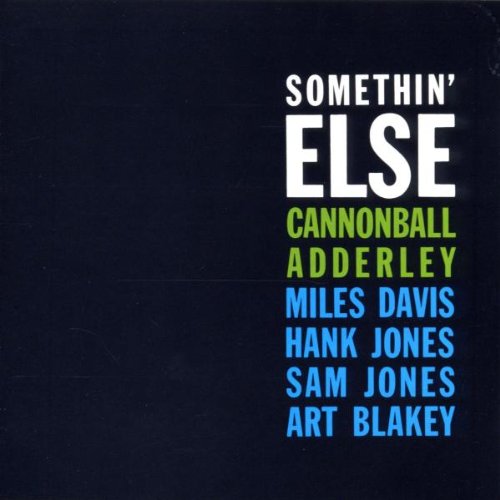 A modernist influenced as much by Benny Carter as by Charlie Parker, Adderley, through a series of funky, gospel-laced recordings, helped found the "soul jazz" movement of the early 1960s. He is in top form on this all-star blowing session that also features Miles Davis, Art Blakey, and eminent pianist Hank Jones. 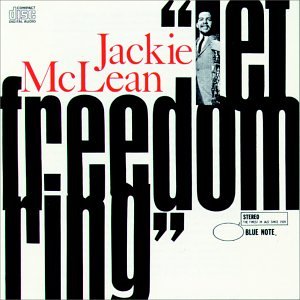 This one-time Charlie Parker disciple has melded hard bop, modal improvisation, and free jazz into an original and personal jazz concept. Formed equally of intellect and passion, McLean's music is always challenging, but never inaccessible, and his sound grabs hold of you and refuses to let go. 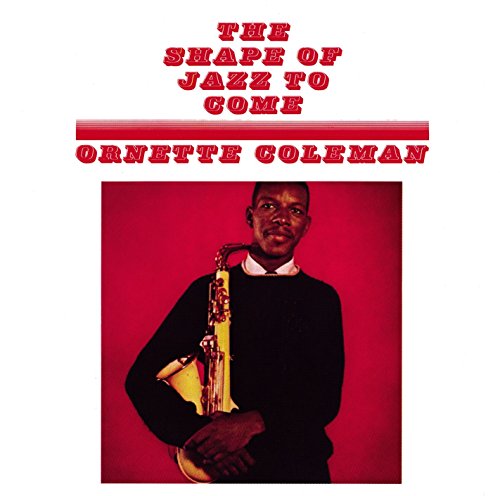 Ornette Coleman
The Shape of Jazz to Come (Atlantic, 1959)

Still controversial after all these years, Coleman jettisoned playing on chord changes—the basis of virtually all previous jazz improvisation—in favor of a freer, non-harmonic approach. This influential recording shocked many listeners in its day, and became the manifesto of the jazz avant-garde. 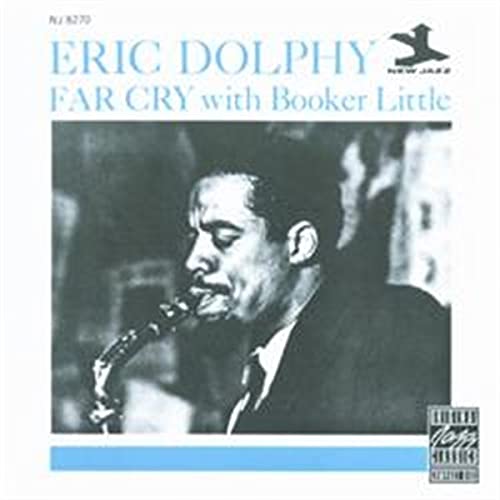 Dolphy was a brilliant multi-reedplayer (flute, bass and Bb clarinets) who imbued the alto with a searing timbre and a surreal angularity. He plays it on three of the eight tracks (including an unaccompanied, four-minute solo on "Tenderly"), joined by his most sympathetic collaborator, trumpeter Booker Little.

Captured here in a compelling live performance, Blythe's uniquely configured combo—alto, trumpet, tuba, cello, drums, and percussion—was a mainstay of the Downtown Manhattan loft jazz scene of the 1970s. His playing, however "avant-garde" it might seem, is deeply rooted in the bebop and R&B traditions. 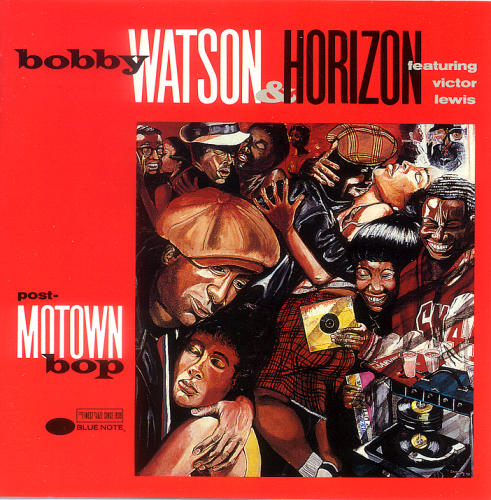 Watson, one of the most gifted and accomplished alumni of Art Blakey's Jazz Messengers—and that's saying a lot—infuses the hard bop format with a much-welcomed freshness and vitality. A fine composer (e.g., "In Case You Missed It"), he also is an inspired ballad interpreter ("In a Sentimental Mood").

The Cuban-born saxophone (and clarinet) virtuoso immigrated to the US in 1980, but still keeps one foot, musically speaking, in Havana, with the other planted firmly on 52nd Street. This straight-ahead date showcases D'Rivera's bright, sunny alto alongside trumpeter Claudio Roditi and the tenor sax of James Moody.