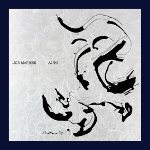 It takes a certain amount of confidence for a musician to stand alone on a stage or in a recording studio and play an instrument. One of the few masters of jazz reed instruments, Joe McPhee still proceeds to make music as if for the first time. He is a master of the instruments he plays because, like an athlete, he maintains the physical chops as well as an openness to the application of the musical vocabulary he has cultivated over time.

Released in a limited edition of 524 copies, McPhee's Alto can be seen as an instrumental follow-through to Tenor (hatHUT, 1976) and Soprano (Roaratorio, 2007). The music was recorded at a live performance on May 4, 2009, at Local 269, a small club on the Lower East Side of New York City. And, for this performance, he chose to play two instruments rather than one: the alto sax and alto clarinet.

Four of the disc's five tracks are dedicated by McPhee to an artist; each corresponding to their character. A tribute to the mystically figurative visual artist Alton Pickens, "Lower East Side Shout," displays an ever-changing palette of alto colors, lacking no abstract portrayal of the alto saxophone's exceptional range of sound possibilities. The same display holds forth in "W.I.S.," for drummer Warren Smith. Here, McPhee begins the piece by tapping the key pads at the base of the alto to simulate, perhaps, the way Smith would start a pulse on his kit, before McPhee launches into an arpeggio exploration that expands and contracts from low to high on the alto's register. A poet himself, McPhee uses the alto clarinet to embrace, in measured subtlety, the idea of the deep essences behind verbal expression, even when speaking through the instrument in "Soul Of A Poet," dedicated to poet Steve Dalachinsky. The closing "Taking the V Train" is McPhee's angular alto view of the Duke Ellington classic, where his phrasing dilates and strikes sparks in the thematic content of the original.

McPhee's "Old Eyes," for Ornette Coleman, first appeared on Old Eyes and Mysteries (Hat Art) in 1979. In the liner notes of that release, McPhee explains the title as "a term I once heard a psychic use to describe someone who carried the look of ages of past traditions." Just as Coleman brought the alto from its past life to free-spirited "contemporary" jazz, so McPhee takes it even further, borrowing from the tradition Coleman established. Indeed, the mindful strides which hold to tradition but advance it into innovative territory have no boundary except the past. The past is only an associative mechanism for McPhee's music; the past has given him the gift of sound. His infinitely circular breath and digital dexterity reopens that gift every time he blows. Alto realizes uncountable details of the language he continues to uncover, whether or not those details plump up muscular abstractions or ornamentally twist the skeletons of old tunes.