By GLENN ASTARITA
October 16, 2015
Sign in to view read count 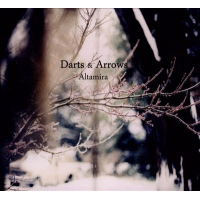 Chicago-based guitarist Bill MacKay formed this band in 2006 with the aspirations of creating a post-millennial folk group that crosses many genres. Featuring musicians who are integral to the region's new jazz and improvisation scene, the primary focus is on strong compositions that hold up nicely on repeated spins. Indeed, the album grows on you as the band melds jazz rock, prog rock, Americana and 60s tinted psych pop into its manifesto.

MacKay's bristling textures and pursuance of wide-open panoramas may excite fans of guitar heroes Pat Metheny and Bill Frisell. And he uses distortion techniques tastefully and not simply intent on shattering the studio walls with reckless abandon, although he steers the band through some spiraling burnouts in choice spots. Guest artist, violinist Renee Baker offsets the jazz rock element with homegrown folksy passages, but there are a few tracks where MacKay subtly signals the 60s Haight-Ashbury psyche era while digging his heels in with crunching solos and nods to the Latin element.

"Carried There & Ponytailed" is a wistful and rather nomadic ballad, shaded by keyboardist Ben Boye's gentle Fender Rhodes phrasings atop the rhythm section's feathery touch. However, the following piece "Look Out," is built with an ascending storyline, leaning a bit towards the jazz fusion genre along with the guitarist's grunge-like rock riffs and buoyant progressions. Through it all, Darts & Arrows is an enchanting group that casts a magnetic spell sans the sugarcoating element. MacKay's compositions proffer appealing hooks and passages that translucently bridge various musical genres with several movements containing asymmetrical doses of tenacity and temperance.

Evergreen; No Demons Return; 1919 Molasses Tragedy; The Well-Wishers; Carried There & Ponytailed; Look Out; I Won’t Forget You.