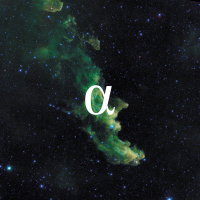 This music expedition to the closest star system to our sun comes by way of Tel Aviv composer Amir Seibert in Alpha Centauri. It's a continuation of 2014's The Interstellar Suite EP featuring a galaxy expanding theme with a striking arrangement of strings and voice.

This time around the five track EP focuses on an absorbing set with Seibert playing a variety of keys from Rhodes to toy piano, voices, and power rhythms from renown Kneebody drummer Nate Wood. From the first notes until the exciting conclusion the music draws you into Seibert's satisfying, albeit short, journey of creativity.

The title track begins the voyage with escalating harmonies between singers Inbar Livne Bar-On and Tomer Bar which are not only beautiful but a nice counterpart to Seibert's rapid firing keyboard salvo. Yet things settle into deep stasis-like sleep in the two part "Song for Lost Worlds" with its comforting and trance-like melody with sublime touches of toy piano and lovely voices.

The music's aura possesses the ability to provide an engaging story with a connected music arc that eventually leads to the thrilling groove in "Reprise" with Seibert and Wood blasting off to yet another star system.

Atmospheric yet down to earth Alpha Centauri accomplishes the task of transporting the listener to another world in the span of merely eleven minutes.